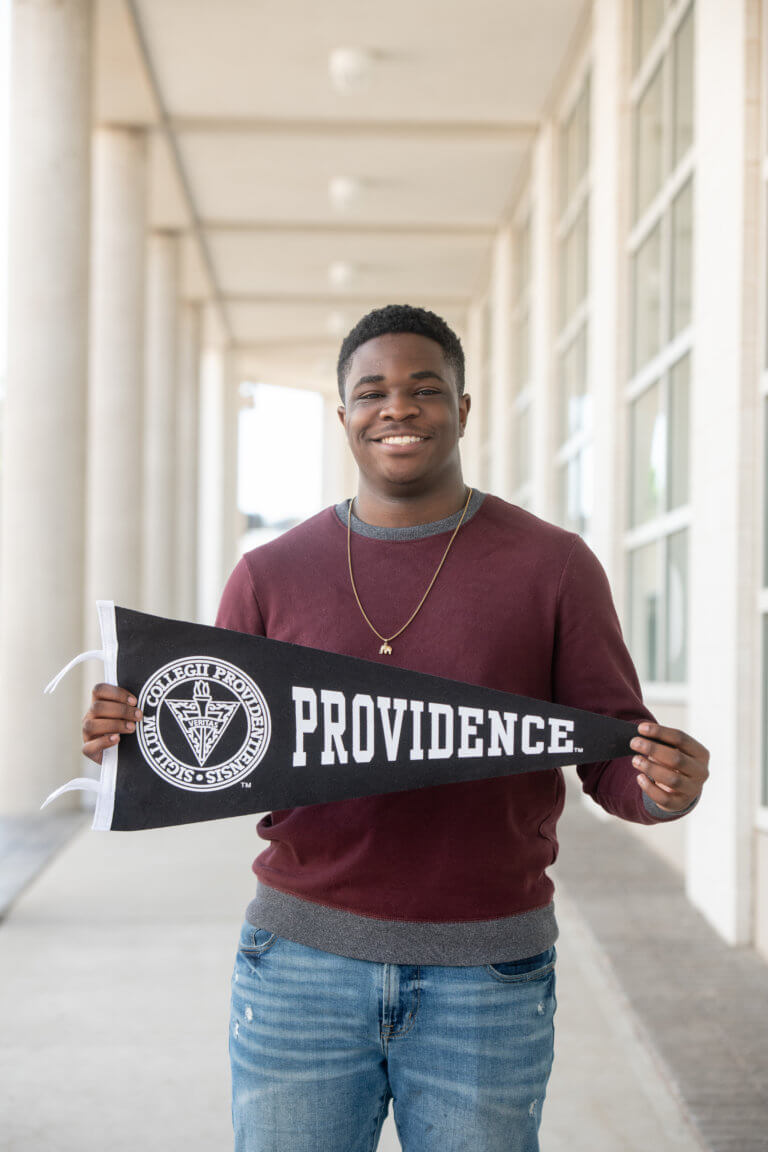 Daniel is a member of the Achievement First Hartford High School Class of 2019. This is a portion of the speech he read on Senior Signing Day.

Those three words could have very well defined my story, and they almost did. I’d be able to buy the school building if I got a dollar for every time I’ve heard, “Daniel has the potential to be great,” or “He’s a brilliant kid,” or “When he applies himself, he shines.” But those statements were hardly every followed by, “And that’s what he does.” Rather, they were followed by statements like, “his work ethic holds him back,” or “he only tries in instances where he feels as such.” “See, Daniel’s brilliant, but he’s lazy.”

I was a professional at doing just enough not to hear my mother’s criticism or my mentor’s disappointment. I was working to satisfy others and that was a problem, because those motivations would only last for so long. I was brilliant but lazy.

I justified it, saying “I skipped that assignment, but I still passed the exam” or “I slacked this quarter but still got a 3.8.” I read into the numbers and the results and so I could ignore my effort.

Senior year stared me in my face and I “did the thing.” I put together a resume that was respectable enough to land me in a great college and/or university. Initially, for me it was an excuse to coast through the year and make my way to a college campus.

But then, Mr. Callahan sat me down because I had a C on my progress report. In two days, I turned it into a B. My mother was, understandably, angry at me for the bad grade but I said, “Look I have a B.”

That’s what I did for the rest of my senior year.

Meek Mill said, “Sleep is for billionaires,” and I plan to embody that when I attend Providence College.

This post was originally published by the The National Alliance for Public Charter Schools.