See who’s talking about Achievement First and read updates on how and what we’re doing.

Elm City College Prep Becomes 1st CT Elementary School to Compete in Travel Soccer – NBC Connecticut
“Elm City College Preparatory Elementary School in New Haven offers students the opportunity to develop their soccer skills through an elective class. The students have improved to the point that they are ready to compete so the school worked with the Connecticut Junior Soccer Association and registered the Elm City Wolves as a travel soccer team.”

College-Bound Seniors Defy Expectations – New Haven Independent
“As students testified, often through tears, the crowd, which included bleachers full of underclassmen, let out ear-splitting cheers of agreement, encouraging them to go on and go slow. Throughout, they also thanked their parents, who stood up to film their speeches on their phones, as well as their teachers, social workers and guidance counselors.”

Mandatory AP Classes Help Prepare Hartford Students for College – NBC Connecticut
All Students Should Have Access to AP Courses, and I am Living Proof – Connecticut Mirror
Hartford junior Brian Ozenne writes, “I took my first advanced placement class — world history — when I was a sophomore in high school. This year, I’m a junior taking three AP courses. Next year, I’ll take four more. As a student of color who lives in Hartford, this makes me unique. It doesn’t have to.”

Eight NYC schools are awarded the National Blue Ribbon honor – Chalkbeat
“By contrast, at another 2019 Blue Ribbon school, Achievement First Bushwick Charter School, 86% of students were from low-income families and more than 96 percent of students were black or Hispanic during the 2018-2019 school year. Achievement First schools tout their development of new teachers and principals, as well as a “rigorous” curriculum geared toward college readiness. ”

New School Model Gives Kids Freedom to Choose What They Learn – NY1
“We’ve redesigned our middle school to focus in on what it would take, beginning in 5th grade, to see our students when they go to a college campus really thrive on campus and persist, rather than simply being ready to enter a college campus,” Zachary Segall, Principal of Achievement First Aspire said.”

Some Schools Lead the Way – Providence Journal
“Elementary school students at Providence’s Achievement First Mayoral Academy, for example, outperformed the state’s students as a whole in English, though many of them come from immigrant homes where English is a second language. In math, they outshone not only the state but tony East Greenwich, one of Rhode Island’s wealthiest communities.”

Editorial: The Proof of What’s Possible – Providence Journal
“The gem of the state — the greatest outlier — was Achievement First in Providence, a public charter school that serves many poor, minority and immigrant children, a huge percentage of them eligible for free and reduced-price lunch, a measure of poverty.”

Acclaimed Charter Serves Special Needs – Providence Journal
Achievement First Iluminar kindergarten special education teacher Carmen Naz writes, “I wish this school had existed when my brother was younger. If he had started out here, Achievement First would have done everything possible for him. He would have succeeded in his early days, just like my students.” 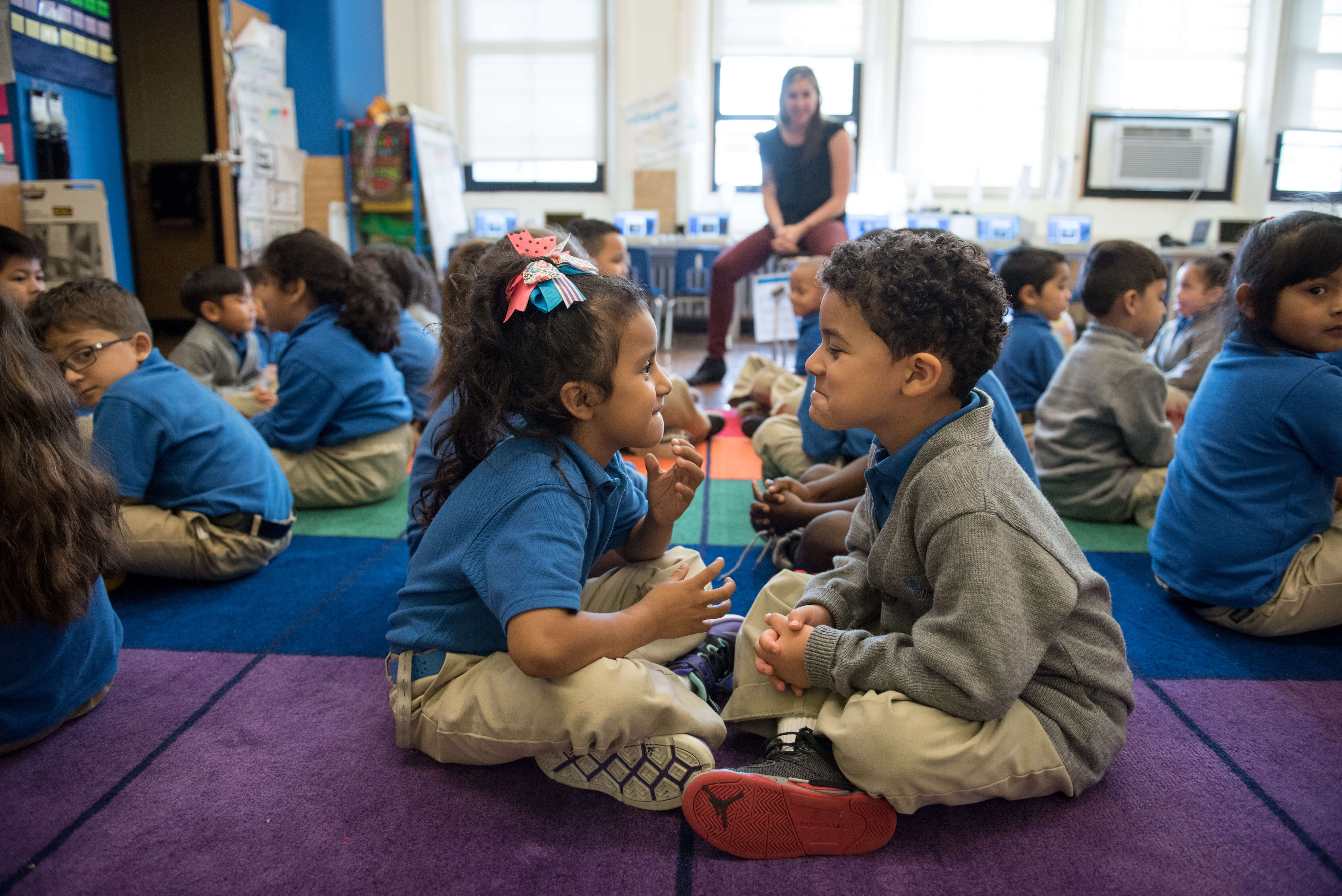 ‘I’m Going to Say It From the Heart.’ America’s Reckoning on Race Has Come to High School Speech and Debate
Read in Time Magazine
Read on This Week- MSNBC

“That could be the unifying idea for the Achievement First speech team. The Crown Heights charter high school is 90% Black, and nearly 80% of its students qualify for free or reduced lunch, which often makes its mostly female teammates outliers among winners in their speech categories. Their first-person accounts have an immediacy that’s unusual in speeches at national meets, where competitors minted at summer debate camps tend to approach their topics with analytical detachment.”

Can scholarship dollars help solve the college ‘undermatching’ problem? This charter network wants to find out – Chalkbeat
“Achievement First, which operates 36 schools across three states, is about to try a new way of addressing the problem. The network’s Brooklyn board approved a plan last week to offer scholarships to students who opt to attend a more expensive school with a higher graduation rate for black and Hispanic students.”

In a Wildly Changing World, A School Hits Reset – TFA One Day Magazine
“Greenfield is a showcase for many of the big ideas converging in a rolling reinvention of school: the idea that more kids will accomplish remarkable things if we treat them as unique learners—something technology now can assist; that non-academic skills can’t be limited to buzzy ideas like building resilience, but must nurture students as confident, powerful individuals; that enrichments are not extras or rewards but fundamental to building a discovery mindset; that schools will not succeed unless families and communities shape them and drive their objectives.”

Can Kids Get Passionate About Learning — and Develop the Persistence to Follow Where it Leads? One School has a Plan – The Hechinger Report
“Where the Greenfield model pushes boundaries is in the addition of learning experiences called ‘expeditions.’ These are not field trips. They are two-week intensive courses that take children outside the classroom and beyond the traditional subjects.”

After Seeing Alumni Struggle, A Charter Network Revisits Its Methods – The New York Times
“The Greenfield model emphasizes what the network calls ‘student-directed,’ or online, learning; three-times-a-year special classes called expeditions, meant to allow students to explore their interests and discover possible careers; a social-emotional curriculum focused on developing students’ sense of identity and community; and a beefed-up role for parents and other caregivers and mentors.”