Doug's Thoughts: What We Do Now 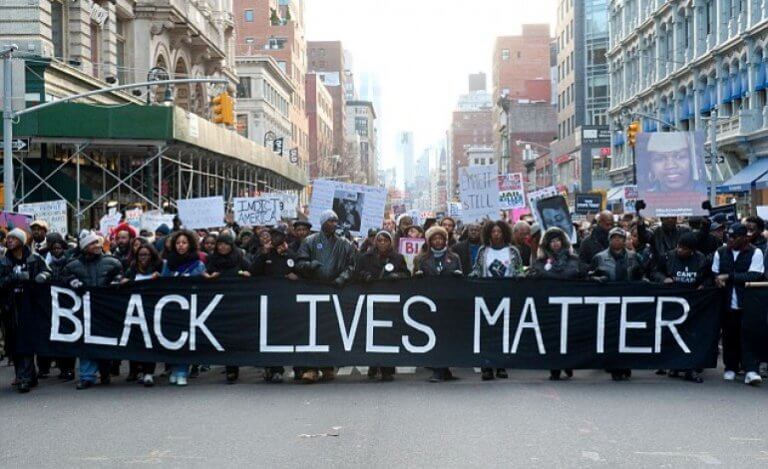 Photo via The Sydney Peace Foundation.

More than a year ago, I wrote about the then-recent tragedies in Baton Rouge, Falcon Heights, and Dallas and the need to affirm that white privilege exists, Black Lives Matter, and that organizations serving black and brown children should and must confront this all head on.

I wish I could say that things have gotten so much better since I wrote those words back in July 2016. I am an optimist by nature, but I can’t do that today. Since then, I’ve written similar words about Charlottesville, and about DACA, and spoken too many times to staff, families, and friends about how we can help our kids in the wake of police violence against unarmed people of color. (Jasmine Jeffers, a member of AF’s development team, wrote about that issue brilliantly here).

“I wish I could say that things have gotten so much better since I wrote those words back in July 2016.”

Another recent low point was when we heard our president refer to countries such as Haiti, El Salvador, and Nigeria as “shitholes” while saying that we should accept more immigrants from countries like Norway. I cannot imagine the pain that our students, families, or staff who are from those countries felt when hearing Mr. Trump use such racist and belittling language. And let’s be clear: These comments were racist. Haiti and Nigeria are countries with large populations of black people. The vast majority of Norwegians are white. Let’s also be clear that Mr. Trump has a long, documented history of racism.

This is not about politics. It is about white supremacy.

As I write critical words about the president, I know I’m wading into waters that are deemed political. While I have strong feelings about tax policy, health care, the environment, and a host of other issues, my critique has nothing to do with whether Mr. Trump is a Democrat or Republican. It has to do with the fact that he is supporting a doctrine of white supremacy.

It would be easy or convenient to absolve myself of any issues here, to bask in allyship, and to assume I’m walking with the woke. As a white, southern, heterosexual, cisgender, tall, able-bodied man from a solidly upper-middle-class family, I am a walking embodiment of privilege. The reality is that like all of us, I’ve breathed in the smog of racism for a long time, and I have to work hard to be reflective and to ask others to check my blind spots. It is too convenient to peg racism as solely a problem of the KKK, the alt-right, or any other group. While these may be more overt, all white folks in America have a responsibility to actively push against racism.

What do we do?

As a white leader of an organization serving predominantly black and brown children, my first jobs are to listen and believe. While I am sickened by racist language and actions, I haven’t experienced them first hand. I need to ask questions, listen, and seek to understand.

“As a white leader of an organization serving predominantly black and brown children, my first jobs are to listen and believe. ”

And I need to believe—as do all of us who don’t experience racism in our daily lives. To believe that being followed around in stores is real, fearing for the lives of young black sons is real, being pulled over for driving while black is real, knowing it’s real that police officers can escape justice even with video evidence of unjustified violence, having your qualifications questioned because of your race is real.

It’s also real in this country that for too long, we have allowed housing patterns, school funding formulas, and teacher and leader assignment policies—all supported by government actions—to create an educational system where students of color too often get a vastly inferior education. When families chooses to send their children to AF, I believe we make them a sacred promise. We promise to provide a world-class education that, combined with a ton of hard work by students and parents, will help students develop the skills necessary to graduate from top-tier colleges and serve as the next generation of leaders in our communities.

“When families choose to send their children to AF, I believe we make them a sacred promise. ”

As part of this promise, we need to see our students, listen to them, and understand the pain that they may be experiencing, especially from national leadership that traffics in white supremacy through dog whistles and outright racist comments. We also must express our deep belief in their potential and challenge them with a rigorous curriculum and incredibly high standards for behavior and academic work.

With all this, I remain an optimist, mostly because I see the beauty, brilliance, and resilience in our scholars. Our students show us every day a beautiful vision of an America where diversity is a strength, obstacles only make us stronger, and love trumps hate. It’s our job to help our students clearly see this future and to support them to be the next generation teachers and principals, mayors and governors, scientists and nurses, CEOs and small business owners. And maybe even presidents.

Doug McCurry is the co-CEO and Superintendent of Achievement First.