On Hope, When Hope Seems Lost 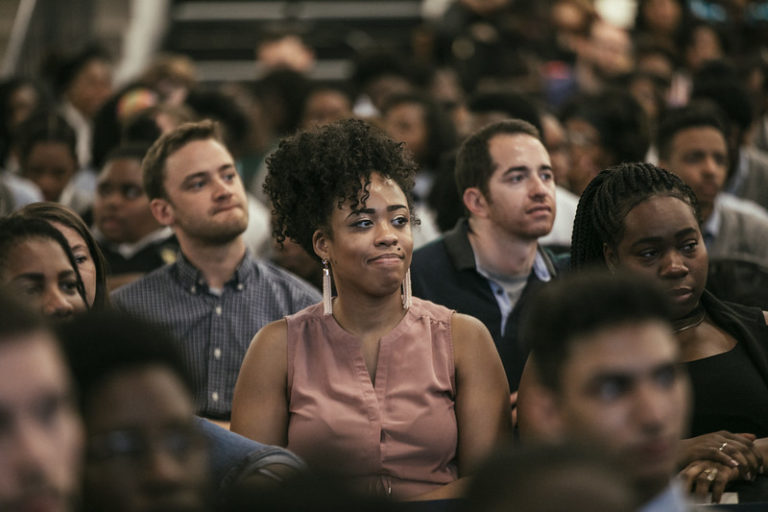 Jasmine Jeffers is a member of our development team at AF Network Support.

There are plenty of spreadsheets and reports that speak to the life-changing impact that we have on our scholars. But there are few things that compare to seeing the fierce pride on the faces of our seniors as they announce their college choices to a cheering crowd. I anticipated this year’s Senior Signing Day for months, in the same way that NFL fans eagerly await the Super Bowl. I took so much pleasure in bearing witness to one of the proudest moments of every AF senior’s life, and celebrating their successes as though they were my own.

I spent the morning of June 19th happily sorting through photographs from Senior Signing Day, feeling inspired by their depiction of black and brown excellence and hopeful about what our seniors’ triumphs mean for our country’s future. I should have known that my starry-eyed post-racist mindset wouldn’t be allowed to endure. Early that afternoon, my iPhone buzzed with a notification from Newsweek: “When Police Kill: Charleena Lyles, a Black Woman, Was Pregnant When She Died.” For the third time in a week, I found myself struggling to process yet another horrifying reminder of what it means to be a woman of color in America. I always hope that it will be the last time, but the last time has yet to arrive.

I have been an AF employee for about a year and a half. In that time, 587 black and Latinx Americans have been killed by law enforcement. With every shooting and every acquittal, I wonder how I’ll find the strength to keep on going to work as though nothing has happened. It is so tempting to abandon the resistance and to divert my energies to praying that nothing happens to me or anyone that I love.

I haven’t given up because of the hope that I feel when I look at our scholars. They are also all too aware of this country’s narrative of black and brown pathology. They know that we are fighting for freedom in a world that devalues our dreams, and that the stakes are too high to concede defeat. They have the courage to fight on my behalf, so I must fight for them as well.

Our schools teach more than long division and action verbs: they help our scholars learn to advocate for themselves, to call out injustice, and to change the course of history. Knowledge isn’t, by any means, a perfect defense against the evil of racism – but it’s one of the most powerful tools that we have at our disposal. I believe that education leads to liberation, and that belief leads me back to my work when it feels like all hope is lost.

This week, I grieved for Charleena Lyles and Philando Castile. I also renewed my commitment to supporting our scholars. They are pure potential. Their lives matter, and so does mine.