When We Look at History: We Look to Women 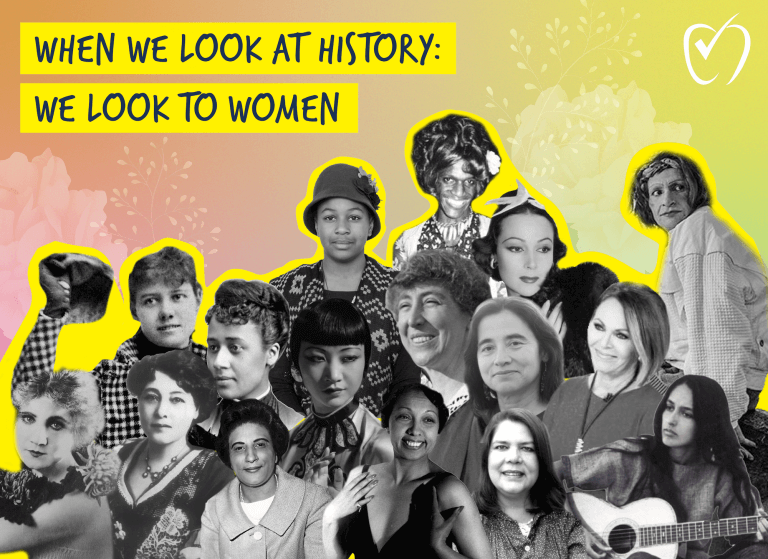 Since the beginning, women have sculpted our national and personal identities and helped define what we see as possible.

And, so when we look at history, we look to women.

We look not only toward the names most often remembered during Women’s History Month, but also to the long list of innovators and change-makers collectively remembered less often.

We honor the women who taught us activism, advocacy, and the importance of service leadership. History has been shaped by Wilma Mankiller, a lifelong activist and the first woman to be Principal Chief of the Cherokee Nation, and Constance Baker Motley, the first Black woman to serve as a New York state senator and later as a federal judge.

We live in a more just society because of the activism of brave trans women like Marsha P. Johnson and Sylvia Rivera who pushed toward liberation. Our unprecedented number of women in Congress today began with Jeanette Rankin, elected more than 100 years ago.

We look to women who showed us a woman’s place is on the big screen. Cinema was changed by trailblazing actresses Florence Lawrence, Josephine Baker, Dolores del Río, and Anna May Wong, each the first of her gender and race to become movie stars. And women like Alice Guy-Blaché, Madeline Anderson, Patricia Cardoso took the director’s chair and helped change the way our stories are told.

We look to Joan Baez, who told us that we shall overcome. Or to Grace Hopper, who opened the door to computer programming. Or to women like Maria Elena Salinas and Nelly Bly, who changed journalism.

And on every United States passport, we can read the words of Anna Julia Cooper, a Black woman scholar who helped transform our country: “The cause of freedom is not the cause of a race or a sect, a party or a class—it is the cause of humankind and the very birthright of humanity.”

Everywhere throughout American history, we can look to the influence of women.

They have helped shape our history. And women will shape our future. We owe all of them our gratitude and thanks.