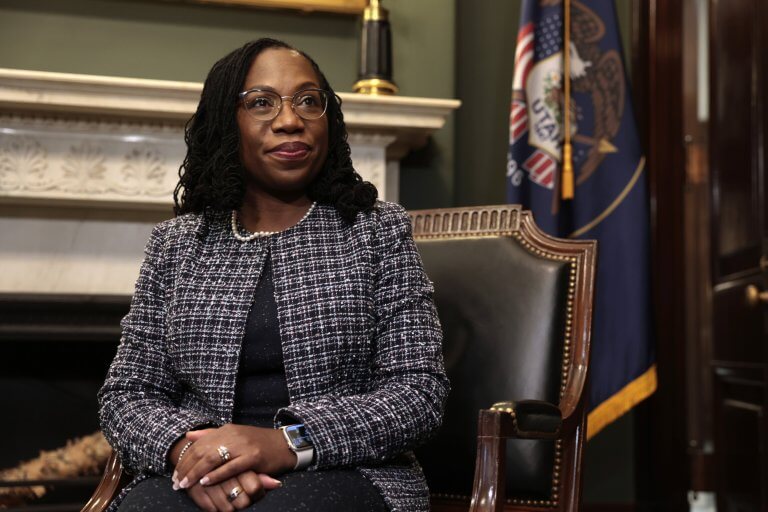 This past week, Congress held its confirmation hearings for the soon-to-be U.S. Supreme Court justice, Judge Ketanji Brown Jackson. Her nomination to the court is historic. When confirmed, she will become the first Black woman to serve on the U.S. Supreme Court. Her confirmation does so much to confirm that the future is present.

This moment means so much for the country, especially for millions of little Black girls and young women who can look at Judge Jackson and see themselves.

However, this week’s hearings were difficult, to say the least. Judge Jackson’s personal and professional journey shows a woman who is ready, and over-qualified to serve in one of the highest offices of the land. The hostile line of questioning is not a reflection of her candidacy, and instead of a reflection of the historic wrongs, her nomination takes one step toward rectifying.

We conclude Women’s History Month by celebrating a trailblazing, extraordinary Black woman who is ready to make change. Here are some things you need to know about Judge Ketanji Brown Jackson.

When Confirmed, Judge Jackson will be the only justice with experience as a public defender.

There are more ‘firsts’ and history when Judge Jackson is ultimately confirmed.

Judge Jackson will also be the only justice with experience on the U.S. Sentencing Commission — a bipartisan agency created by Congress in 1984. As The Hill article reflects, “She has more trial judge experience than any Supreme Court justice in nearly 100 years.”

The Future is Present: Judge Jackson was (and is) a star in the making.

During her time at Miami Palmetto Senior High School, Jackson served as the student body president and as a member of the speech and debate team. Jackson’s foretold of her legal career in her yearbook. She predicted her eventual judicial appointments. In addition to serving as student body president, she was also voted “Most Likely to Succeed” and became a national speech competition champion. She went on to attend Harvard University for college and law school.

Jackson’s affinity for education is undeniable. Her parents, Johnny and Ellery Brown, both attended HBCUs before becoming teachers in Washington, D.C. Additionally, in her opening statements during this week’s confirmation hearings, Jackson acknowledged her teachers and debate coaches. She credited their mentorship and constant motivation as key elements that made her dream a reality.

After graduating from Harvard Law School, Judge Jackson held three clerkships with federal judges, including Justice Breyer in 1999. As the 1,000 public defenders wrote in their letter, “She clerked at all three levels of our federal courts. (She) joins Justice Sonia Sotomayor as the only sitting justices who served as both district and circuit court judges.”

Judge Jackson looks up to a long list of change-making women who paved the way.

According to Politico, a number of women inspire her to “keep putting one foot in front of the other every day.” Those women are Sojourner Truth, Harriet Tubman, Belva Lockwood, Susan B. Anthony, Constance Baker Motley and many more.

Judge Jackson’s nomination to the nation’s highest court is a clear indication that the future is present.

Jackson walks tall in the footprints left by the giants who came before and paves the way for unlimited possibilities in the next generation of leaders.