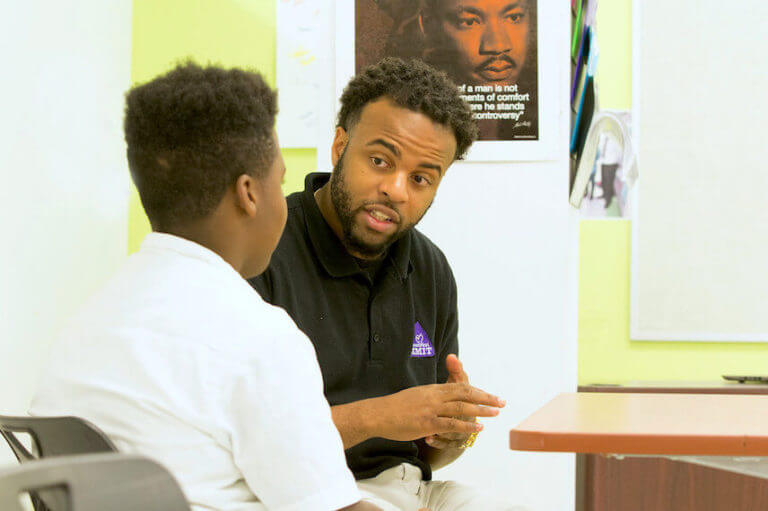 Jahki once had a low reading level and struggled with behavior. Then, he came to AF. Here, he won leadership awards, starred on the high school basketball team, and progressed in the classroom, ending his high school career with a 3.0. He graduated from Elm City College Prep and AF Amistad High before moving on to Western Connecticut State University. There, he studied communications and criminal justice. Now, he’s a specialist at AF Summit Middle because for him, it’s all about relationships. Jahki’s teachers believed in him when he needed it the most, and now he wants to pay it forward to the students he works with today.