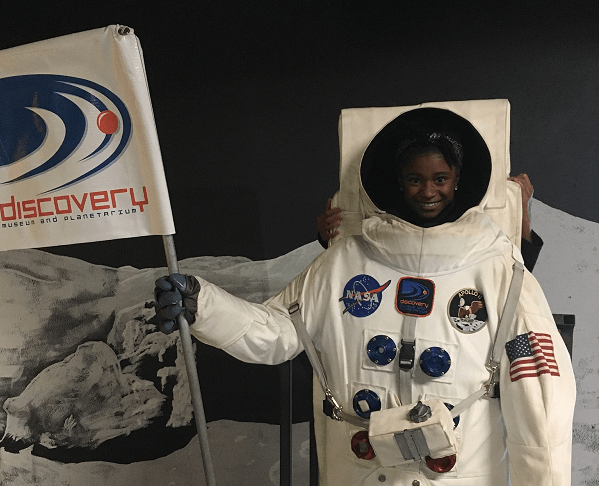 It’s an exciting time at Elm City College Prep, where we’re just wrapping up the first round of Expeditions for the year. Expeditions are one of our favorite parts of the Greenfield model. Over the past two weeks, scholars have gone on 27 field lessons, learning from over 15 different professionals, working in teams of 3-5 to tackle real world problems and sharing their learning through 15 showcases. They are trying on and figuring out new roles – nutritionist, Mars rover driver, Instagram activist, bird biologist, as well as group leader, teacher, expert and team member. And we’re blown away to watch them explore these roles as they tap into their passions and interests.

For a peek at what our scholars have been learning, check out this slide show. And you can also read on below to learn more about each of the Expeditions.

Kindergarten: Kindergarteners have been learning all about composting and garden work! They visited a Fair Haven community garden, where they tasted, smelled, examined and felt fruits and vegetables like collard greens, squash and tomatillos. At Common Ground Farm, students got an introduction to composting: they visited a 10-foot-long worm bin and learned how those worms break down food scraps into nutrient rich soil.

First Graders are learning all about forest animals and their shelters. The expedition kicked off with a visit from a hedgehog, a ferret, a great horned owl and an eastern box turtle. They visited the Bushy Hill Nature Center, where students searched a pond for tadpoles and went on a forest hike in search of burrowed amphibians. They used forest materials to build appropriate shelters for the newt and salamander that they found.

Second graders are becoming weather experts! In their Expedition on mountain meteorology, they participated in a series of investigations involving air pressure, temperature and wind.  After experiencing storm-level winds in the Connecticut Science Center’s Tornado Capsule, scholars measured weather conditions outside ECCP with pinwheels and digital anemometers. Ask them what trends they found!

Bird Field Biology: Our bird biologists have been building their bird biology knowledge and identification skills in class and in the field. They’ve seen many birds appear on their “stealth cams” and are working on doing their first round of data analysis to help the New Haven land trust with a research project.

Band: The Wolfpack band is working hard to live up to their “one band, one sound” mantra. They’re focused on preparing a few songs for the showcase.

Photojournalism: Our photojournalists have been perfecting their use of their Canon cameras to take professional photos. They’ve visited Yale Art Gallery to take photos and met with a photojournalist from the Hartford Courant who shared about his work and provided feedback.

Healthy Living & Nutrition: The health and smoothie experts have progressed from tasting different foods in order to understand their taste, water content and texture, to learning how to cut, peel and chop as team to now being able to design and revise their own smoothie recipes that taste, feel and look great.

Dance: Dance students have been working intensely on their lyrical and contemporary dances. They’ve been working in small groups to develop their own choreography which is rapidly building dance, teamwork and leadership skills. Look out for them at the showcase in costume and professional lighting!

Mission to Mars: The Astronaut Scientists have been learning all about Mars, space and life in the beyond. They even went to the moon (at the Science center)! They learned how to program a Mars rovers, built rover replicas and learned a ton about what is required for life to help them in their mission.

Sports: Our soccer stars have been working incredibly hard on their skills for the showcase. They’ve really upped their game this week and have seen their kicking, stopping, passing and teamwork skills increase rapidly! They also made their own uniforms to wear as they play.

Acting & Theater: Elm Shakespeare’s actors are working hard to bring Shakespeare’s words to life and into the 21st century by turning them into short plays they are creating. They’ve worked on play fighting, using their full body in acting, voice and commitment to character.

Activism & Social Media: The social media activists are hitting their social media stride. Follow them @greenwolves407 to stay up to date on their discoveries and activism. Scholars audited paper use at Elm City and visited Cold Spring School down the street to get ideas. They then prepared a proposal on how to improve to their school’s director of operations.

Coding & Robotics: Our Robotics students are focused intensely on preparing for their First Lego League Competition. They are working hard on programming their robots as well as learning about the context of the challenge this year, water, by studying water pollution issues on a national and local scale.

Special thanks to Rachel Kerner from Team Greenfield for collaborating on this post.