Dream Teams at a Greenfield School 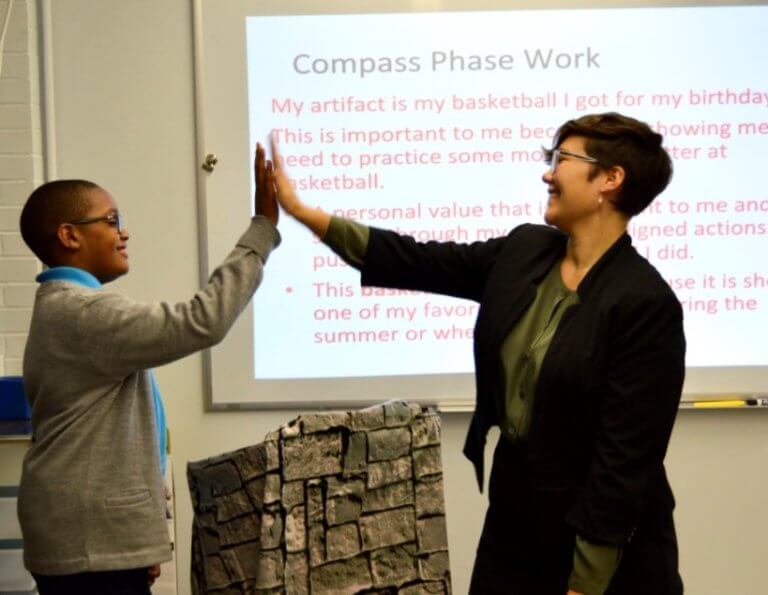 Ms. Schaef congratulating Jaeden on his amazing progress and goals.

If you’re like me, however, you’ve probably only heard a couple of those names and don’t know anything about sports. Even if you have no idea who these people are, the idea of a “Dream Team” evokes strong feelings of passion, dedication, motivation, and teamwork, which is exactly what they are to our school—AF Linden Middle. As part of the Greenfield model we use at our school, we have “Dream Team Nights” at the end of every trimester. 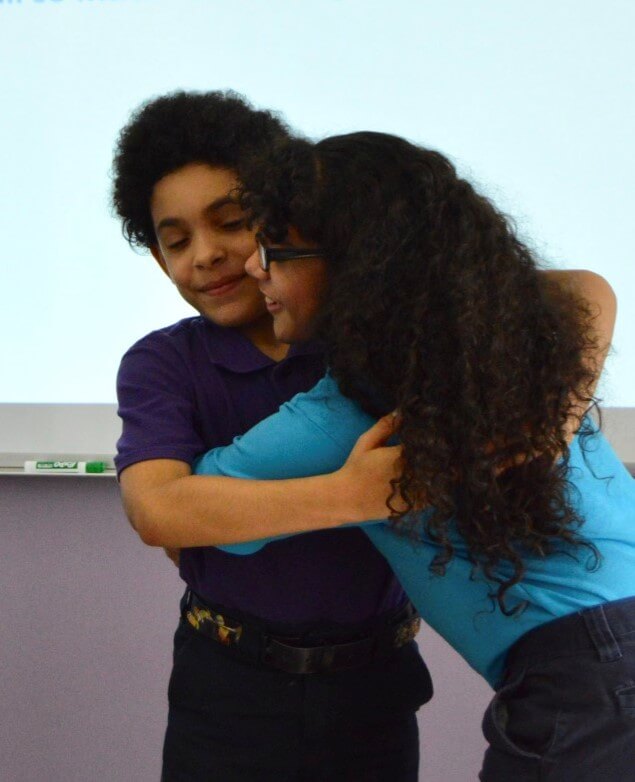 “Dream Team Night” is special because it brings together the “all-star players” in our scholars’ communities to support their academic and extracurricular hopes and dreams. The Dream Team is comprised of not only family members, but also of friends, teachers, or members of the community who are dedicated to the scholar’s success. No, this isn’t a sports event, but the drive and determination that our scholars bring to the table is reminiscent of what you might find on a basketball court.

This isn’t your typical Report Card Night, either—discussing progress reports is just the tip of the iceberg for Dream Teams. Scholars prepare by creating a PowerPoint to share their academic and extracurricular goals with their Dream Teams, and reflect about how their first trimester is going. Scholars show gratitude for their family and friends who’ve gather to support and hear about all they’ve achieved.

I’ll admit, I even had to hold back tears during one recent Dream Team meeting, where a scholar’s father expressed deep pride and appreciation for his daughter’s hard work and growth. Tissues are a must-have during the inspiring presentations! It really feels like a dream to be working at a school that puts so much emphasis on scholar goals and having children learn to be self-advocates. I’m so proud to see my students doing just that.