Standing up against gun violence everywhere 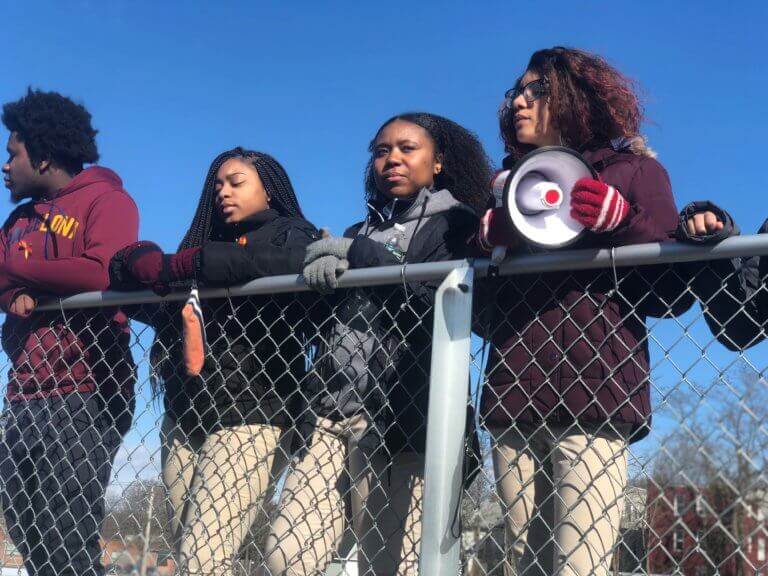 Mahogany, second from right, and her classmates

Mahogany is a sophomore at AF Amistad High in New Haven.

Every morning, when I get up and iron my clothes, I watch the news. I was shocked by Parkland. I too, am a high school student. None of us are safe. I knew I had to do something.

That’s why I helped lead more than 600 of my classmates in a school-wide walkout at AF Amistad High for National Walkout Day. The chant we always returned to was “We need gun control, enough is enough.” And that’s why I need to speak out about the full issue.

I don’t watch the news every day because I am only concerned about school shootings. I watch the news every day because I know that is something I must do as a black woman in America. Being socially aware is very important to me. I need to know how people who look like me are perceived, so I know what the backlash might be to my actions. The political state that we’re in at the moment is discriminatory against women and black people. We must always remember how that relates to this incredibly necessary conversation we’re having about gun control.

When there is gun violence in communities like New Haven, people in cities like ours stand up and speak out. But it doesn’t spread nationally. People don’t band together across the country as we rightly did during this walkout.

Because urban areas where people of color live have been stereotyped throughout history. We’re still living with perceptions made during the drug war of the 90s. When people look at my community, they think that gun violence is just something that’s going to happen. They think it’s inevitable. They think that because they don’t expect better from us or for us.

That is discrimination, and it’s important that everyone knows that it isn’t substantiated. That it’s wrong. That gun violence in any community is not OK. During our walkout a student spoke about growing up around violence, and about coming up and not doing the same thing. We want better. We deserve better. That’s true for every student, whatever they look like, wherever they live. We deserve to live free from gun violence. Enough is enough.

So, what needs to be done? Our politicians need to do more than they are right now. They need to focus on protecting kids, because we are the future. We can implement background checks for people who buy guns. We can make sure that these people are in a stable mental condition, and learn what their intention is for the gun. We can work to stop this violence because Parkland should never have happened and the gun violence my classmates have seen in New Haven should never have happened.

We need action. Until we get it, I’ll be here to say, “Enough is enough.”

This article originally appeared in the New Haven Register.