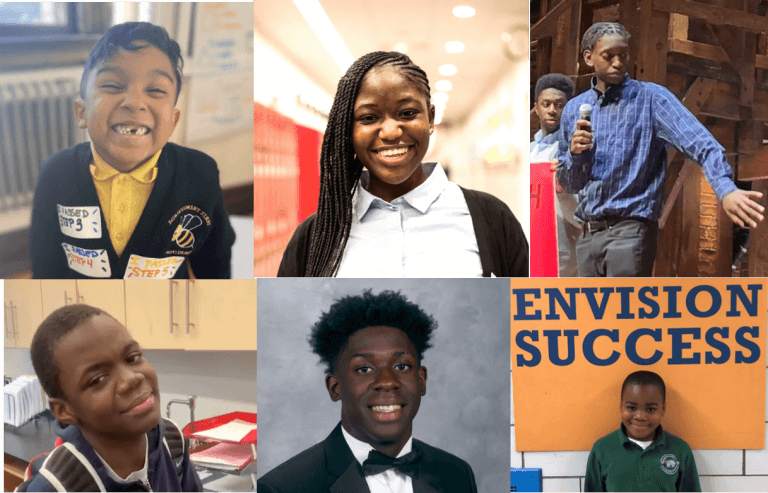 We are so proud of our scholars for their leadership and hard work, especially during these uncertain times. To celebrate their achievements, we asked teachers to nominate some outstanding students for the 2019-20 Scholars of the Year shoutouts. 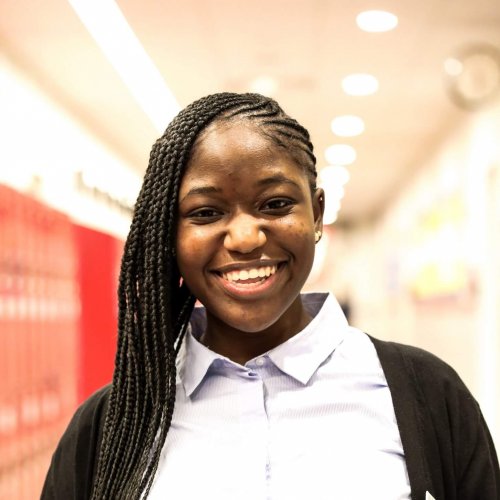 Ly exemplifies leadership in so many ways. Her tenacity is seen in her performance academically, socially, organizationally, and in family values. Ly serves as an officer and leader within several campus and community clubs and organizations including the Curly Code, Student Leadership Council, Circle of Sisters, Speech and Debate at the distinction level and varsity basketball. She is always encouraging and supporting her peers and finds ways to bring the community together. Ly is a great reminder of why we do this work. 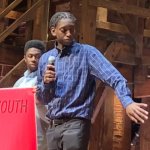 As we made the shift to online learning, Damoi volunteered to serve as a teacher’s assistant. In this role he did AP level free response questions on his own time, met with other TAs and the teacher to discuss problems and come up with back pocket questions and strategies to help their peers. During class, Damoi led a group of scholars through these problems in breakout rooms. He was so effective in this role, that his peers flooded my email with requests to be in Damoi’s room and add MORE class time to the day to work with him. In addition to all his work in class, he’s been accepted to countless summer programs including an engineering course at Carnegie Mellon. He also performed at Hamilton and wrote an incredible rap, which he performed in front of hundreds of people. Damoi has impacted his school, impressed his teachers, and continues make everyone at AF proud! 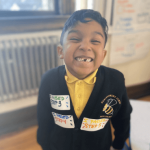 Jaziel takes pride in his work and is dedicated to achieving his goals. He is always encouraging his classmates by asking questions to push their thinking and finding ways to support them. It’s not uncommon to see Jaziel practicing sight words or counting with a friend. This year, he exceeded the advanced goal in both math and reading. We know Jaziel will always take pride in all he does and are so proud of the intrinsic motivation! 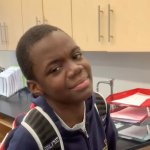 Samir is constantly making peers, teachers, and deans laugh with his outgoing attitude, quirky comments, raps, and one liners. Samir is also a model student who works hard in class, and always has a smile on his face! 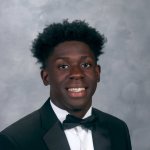 Jahvon brings light and joy to the entire community through his humor and positive attitude. Both on the field and in the classroom, Jahvon’s energy has the power to engage his peers and serve as a positive role model for younger students. On top of all that, he served as a senior committee member, royal ambassador, member of the varsity football and basketball team, and made the dean’s list. Jahvon is looking forward to studying business management at Syracuse University in the fall! 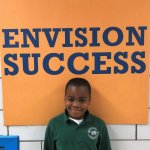 Rafael is an excellent scholar. He puts 100% into everything he does. He is always going above and beyond. In school, Rafael serves as a leader to his teammates by engaging in discussion at a high level, holding his friends accountable, and working incredibly hard. He not only completes his work with excellence, but actively seeks out feedback and uses it to improve. Since we have been home Rafael has continued to push himself by not only completing the assigned work, but also, by asking for extra tricky work. We are so proud of Rafael!

ICYMI: We’ve rounded up scholar spotlights that were featured across our social media channels, too! Help us celebrate our students by liking and sharing their posts.

We’re back with another Scholar of the Year! ⠀⠀⠀⠀⠀⠀⠀⠀⠀⠀⠀⠀ When you think of that singer who shines bright and is destined for the stage, you think of Blessing! Blessing has loved performing and singing at @afbrownsville_elementary since kindergarten. She starred in the school’s Lion King production, and is always ready to bring the energy and drama to the stage. We love watching her pursue her passion. Keep rocking it out, Blessing 🎤🎶

Today, we’re celebrating Autumn from AF Linden Elementary! ⁣ ⁣ Autumn is an exceptional role model and leader in the physical classroom AND virtual classroom. She always lends help to others who need it and is very attentive and determined. She is never afraid to ask for help or speak up when needed. Autumn continuously offers words of wisdom and encouragement to both her classmates and teachers. That’s why this year, we’ve named Autumn our Young Leader of the Year!

⁣We’re kicking off our Scholars of the Year celebration with Quinton from AF Hartford High! ⁣ ⁣ Quinton is a lead performer in the theater arts department, a mentor through National Conference for Community and Justice (NCCJ), and a volunteer at a local church. Quinton has a positivity that naturally radiates from him. He is known for being a powerhouse on the stage, performing at every school event—from delivering soliloquies at our Achievement Ceremonies to acting at our Black History Month celebration. Through NCCJ, Quinton has done incredible work with engaging his peers, pushing limits on conventional beliefs, and challenging stereotypes in order to foster a more inclusive school community. Quinton is excited to study theatre arts and religious studies at @easternctstateuniv in the fall.⁣ ⁣ For these reasons and more, we’ve named Quinton our Performer of the Year! Congratulations! 🎉 🎓 @afhhs_royals

Did we miss scholars that deserve some shine? Send a photo and short description to moments@achievementfirst.org