Owning Your Power: A Parent’s Journey Through Special Education 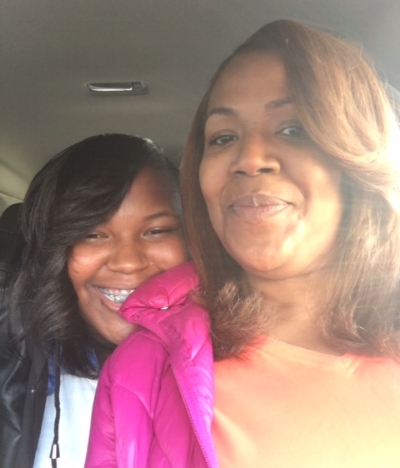 Angela Tucker is an AF parent, board member and co-chair of the Parent Leadership Summit planning committee.

When I think about my journey to owning my parent power, I have to think of my daughter Raina. She’s a sophomore at AF Brooklyn High, and she’s just like every other teenager. Raina does, however, need accommodations when it comes to academics; in other words, she has challenges that create special needs in school. Many people might see “special needs” as a stigma, but it’s not. By naming this, I am able to get her the help she needs to be successful.

We joined the Achievement First family at AF East New York Elementary when Raina was in kindergarten. Academically, Raina was on fire until third grade. I couldn’t figure out what was wrong, but Raina was struggling. There’d be mornings where she would cry to not go to school. She was complaining about having really bad headaches and her grades were lower than they had ever been. Of course, as a mom, I thought the worst.  I took her to a neurologist because I was sure she had a tumor.

Thankfully it wasn’t a tumor, but there was a diagnosis:  attention deficit disorder. The doctor told me the symptoms don’t present the same way in girls as they do in boys, so a lot of times girls go undiagnosed. After further conversation, the diagnosis made sense. She would have to take medication which I didn’t want her to do. So I started asking questions of her doctors and mine. Once I knew and understood how the medication worked, I knew putting her on the medication was the right thing to do for her. I worked with her doctor to find the right balance of treatment, and over time, Raina was back to being focused, more confident and less anxious.

Because Raina did not present as a stereotypical child with A.D.D., it was hard at first for her schools to view her as having special needs. But I worked with the principals and teachers, and educated myself on what the laws are around special education. I continue to work with teachers and principals at school to make sure that Raina is getting the support that she needs and deserves. Yes, there have been challenges over the years working with the schools. Yes, I have wanted to give up and take her out of AF.  I’m not sure that she’d always agree, but staying with AF was the right decision. That’s because they never lowered their expectations for her, continually pushing her to be her best self, despite her challenges.

This mama lion is so proud that her cub is finding her own voice. She’s not a follower—she’s an individual, and I’ve watched her become more and more comfortable with her individuality. Raina doesn’t hold back with her opinions. And as her mom, this makes me proud (even when we disagree—she’s a teenager, after all).  I’m also proud that AF is the only school she has ever attended. From the time she told me in kindergarten that Native Americans didn’t have Home Depot or Target to now speaking Latin and Japanese, I like to say she’s AF bred. That what makes her and others like her in our AF family special.

If there’s one thing I could go back and tell myself at the beginning of this journey, it’s to trust your gut if there’s something that feels wrong. A lot of times in the African-American community, it’s hard to acknowledge when our kids face challenges. Many people look at Raina and say “there’s nothing wrong with her.” I agree—there’s nothing “wrong” with her. Everyone learns differently, and there nothing “wrong” with that. What is wrong is not acknowledging that difference because it doesn’t help. We cannot let our fears hold us back from getting our children what they need to be successful.

For other parents who may be in a similar situation, my advice would be that if there’s anything that doesn’t make sense, ask questions. Knowledge IS power. We tell our kids this all the times, but do we own it for ourselves? It was because of my voice and my advocacy that Raina gets everything that she needs to be successful. As parents, that’s what we have to do. Get as much knowledge as you can, learn about what your child is entitled to and be proactive with your school. Don’t wait for them to reach out to you—ask them for meetings, own that power. Your children are looking to you to stand up for them, even though at some point they’re going to want you to stop; to which I say WHATEVER!

This is just one of the many topics we’ll be covering at the Parent Leadership Summit on May 6 in Brooklyn. This event is by parents, for parents, so please join us. Together, we can own our power.