"I Am More Than Enough" 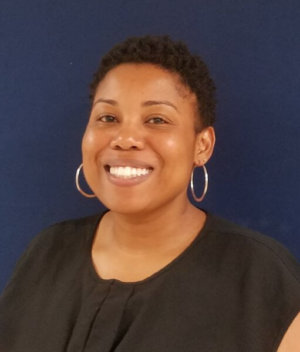 Last year, I read Dick Gregory’s Defining Moments in Black History: Reading Between the Lies. Some of the topics he discussed were new, while others not so new. I have been a fan of Dick Gregory since the 6th or 7th grade when I heard him speak at Fisk University. He was the first person to make me question my Blackness and be very blunt about it. One of his many tangents about the “other black people” captured my attention, and I continue to think about its implications on my identity.

He speaks of “the other black people” as black people who were not born in the United States, but are a part of the larger African diaspora. He makes the claim that black people who are born in black-majority countries possess a sense of pride and confidence that African-Americans born and raised in the U.S. do not. He says that “other black people” have so much confidence and succeed in larger numbers because no one told them they could not. Growing up in places where not just doctors, lawyers, and teachers, resemble you, but also government and prominent officials look like you, does something to the psyche. When positive images reflect who you are in a broad light, it can only help foster a strong sense of self that says, “of course I can do it, because I’ve never been told I couldn’t.”

But in the U.S., that hasn’t been the case. The images of African-Americans have been largely dictated by the dominant white culture, which also does something to the psyche. I remember growing up and hearing my dad question how black people who immigrated to the U.S. were achieving greater financial success than black people born here. It’s probably because someone told them they could! I wonder, similarly to Dick Gregory, how the success of African-Americans would be different if we saw images of ourselves succeeding, occupying positions of power, being told we were beautiful – instead of being inundated with images that say we are less than. I wonder the effect it would have if I was never told “you have to work twice as hard to be seen half as good as whites,” because I knew and my parents knew that I would be more than enough. So when I wear a shirt or carry a bag that says “black is beautiful,” it is because I want others to know that I am more than enough, while still trying to figure out what enough means, free of images that have been given to me.

I think it directly impacts the work that I, and we, do because it makes me question the messages I’m sending my students about who they are. It also appears in classwork and homework, when I use certain images or names that reflect who they are or how they identify. It matters. The images on our shirts, or even how we represent ourselves in front of them, matter in how they will develop their personal identities and the self-love needed to be great humans.