A Classroom Built on #BlackGirlMagic 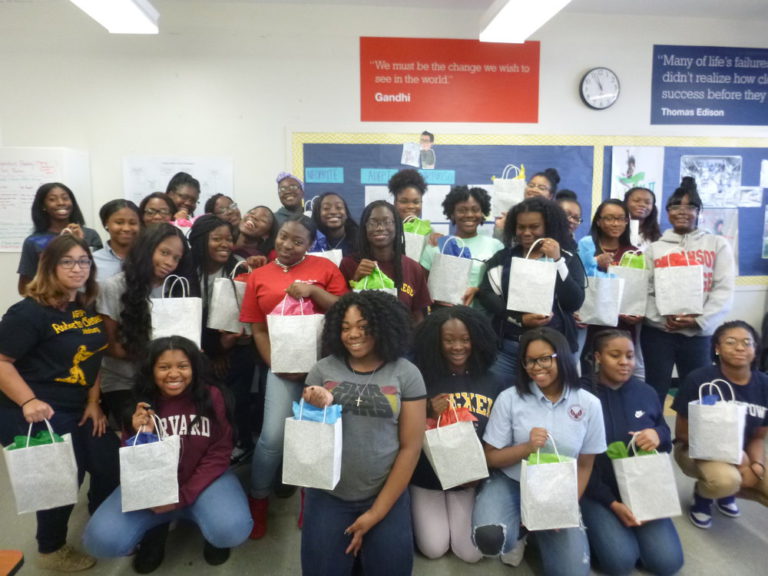 Khrysta Evans is a member of the college team at AF University Prep High, focusing on summer programs.

On one Friday, two students assembled 27 of their peers in a classroom to facilitate a discussion on black women and beauty.

For the next 28 minutes, our classroom transcended into a safe space overflowing with identity, affirmation and sisterhood. This isn’t your typical high school class. This is #BlackGirlMagic.

On this day in Black Women and Beauty, the girls discussed the impact of outside forces—social media, friends, and family—and passed out individual cards, each marked with the name of a woman in the room. The prompt on the card was “___ is beautiful because …” 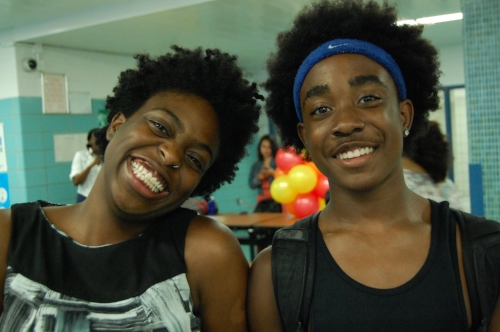 Khrysta and one of her AF University Prep students

This #BlackGirlMagic class is transformative.

Here at Achievement First University Prep High school in Bushwick, my role is to help our students, who are Black and Latinx, connect their passions with careers through summer opportunities. This year, I had the chance to teach an elective of my choosing. Initially, I half-jokingly said that I should call it #BlackGirlMagic, as an ode to the social media hashtag that I, and other black women, have embraced. My colleagues took my suggestion seriously.

Now, every week, we meet to understand sisterhood, blackness and all that it entails. #BlackGirlMagic is a space where these young women explore the intersection of their blackness and womanhood through an empowerment lens. Too many times black girlhood and womanhood is simplified to soundbites such as “strong black woman,” “angry black woman,”  “rachet,” “teenage mother,” “sassy,” and other language thick with dog whistle politics. #BlackGirlMagic is a space for these young women to acknowledge the ways that their lived experiences might align with those oversimplifications but also highlight the nuances that make them multidimensional human beings.

In her “Danger of a Single Story” TED talk, Chimamanda Ngozi Adichie’s says “The single story creates stereotypes, and the problem with stereotypes is not that they are untrue, but that they are incomplete.” #BlackGirlMagic is a nod to this idea providing space for these young women to complete their own stories.

Our stories are all different and important, and mine is about the powerful community of black women of which I am a part.

When I was growing up in the Bronx, it was the black women around me who were leading the charge to mentor me while at the same time holding me accountable. Between my mother and aunties, I was always witnessing black women from the mundane to the extraordinary “doing the work” to support everyone else.  We didn’t call it #BlackGirlMagic then, I just assumed it was the norm. 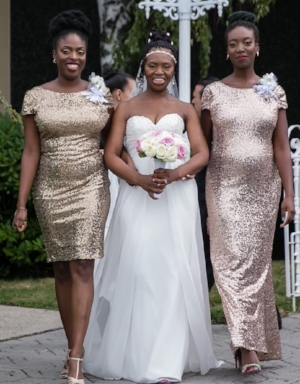 Khrysta with her mom and sister

The foundation of love and support I had was put to the test when I entered high school. l started ninth grade at a specialized high school in the Bronx where the black population was an underwhelming 4%. My pride in attending such a prestigious school was often marred by the constant microaggressions from classmates (who made jokes about Father’s Day being the most confusing day in Harlem, because of course being black is synonymous absentee fathers), my principal (who would ask us to stop acting ghetto if we were being loud instead of just asking us to make less noise), security and truancy officers (who often asked “you go to this school? – can I see ID?” while my Asian and white peers were able to walk freely).

Despite the sometimes unwelcoming school climate, the cheerleading squad became a space where I uncovered #BlackGirlMagic at school. Our cheerleading squad comprised black and Latina girls and we created a space to celebrate each other and our cultures when creating routines. This was around the time when dancehall music was making a resurgence in mainstream music, and we incorporated dancehall moves such as the “thunder clap” in our routines. Using pieces of our culture in the routines, we affirmed each other and let the rest of the school know that we belonged here.

In cheerleading, I was surrounded by other black girls creating routines and celebrating each other. There I found that welcoming community that validated my experience. #BlackGirlMagic is what I’ve always known and never before named.

I started #BlackGirlMagic at my school because our young people are exposed to so much about our culture that is important, but negative. They know about police brutality and history. They talk about how black womanhood is portrayed, or about black women who have become successful entrepreneurs. But this class is solely to celebrate black womanhood and everything that means in all its multiple truths. Through this class, we hold rich conversations. I am fortunate that I was able to facilitate our class receiving natural hair products—from great companies like Miss Jessie’s, Oyin Handmade, Kinky-Curly , and Jane Carter Solution—as we dived into identity and the Politics of Black Hair. I am indebted to these young women for trusting me enough to be vulnerable in this space.

I remember hearing the quote “you have a responsibility to the community that raised you,” and for me that community has been black women. I spent college and grad school thinking about how to find a career field where I could leverage my resources to foster that community. Since I will never be able to pay them back, #BlackGirlMagic is how I pay it forward.