When The Lightbulb Goes Off: Celebrating Lewis Howard Latimer 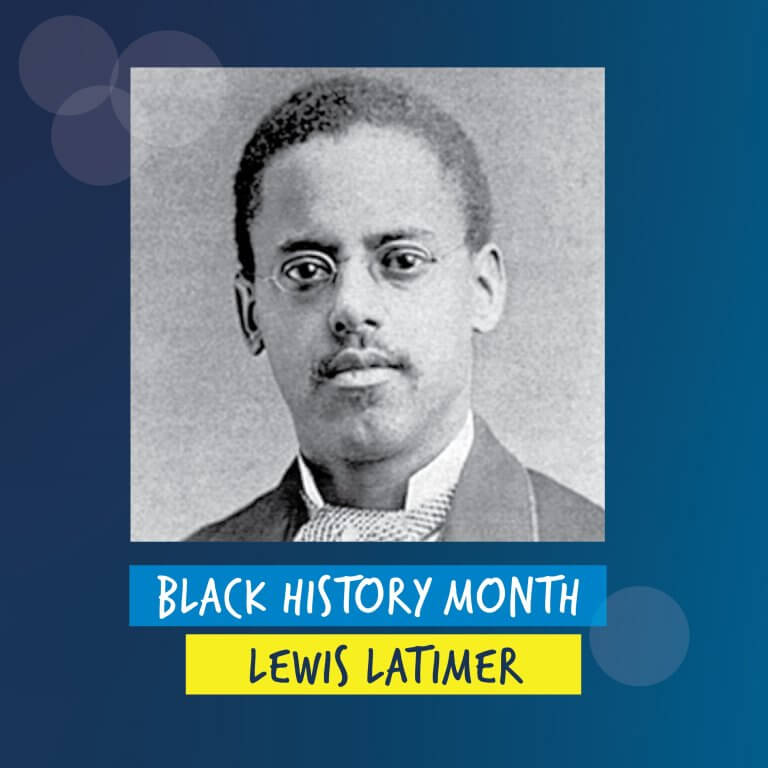 Throughout Black History Month, we celebrate important figures in Black History and the scholars whose dreams they help make possible. Lewis Latimer was a Black inventor and draftsman who played an integral role in the development of the telephone and patenting the first carbon filament for the electric lightbulb. When Latimer’s lightbulb went off, his peers listened and leaned on his expertise.

Though we rarely hear about his story, Lewis Howard Latimer’s contributions to American innovation are monumental. The lightbulb that goes off (in your rooms and heads), the telephone, coatracks, improved toilet systems for railroad cars, and air conditioning units, are all on Latimer’s resume.

Latimer always had an appetite for learning, reading, and drawing. But like his future partner, Thomas Edison, Latimer had little formal childhood schooling. Everything he learned and became fascinated with was all self-taught.

After joining the Union Navy in 1863, he taught himself mechanical drawing. And two years later after an honorable discharge, Latimer worked at a patent law office. Here he continued to learn about mechanical drawing and drafting. As the Edison Awards explains, Latimer pursued technology and innovation to help advance the opportunities of Black Americans in the post-Civil War era.

That’s not all. Latimer became a successful draftsman, patent expert, and inventor. And Latimer achieved all this and became a major figure during the scientific and engineering boom of the late 1800s.

Parallel to his innovations, Latimer also had a passion for social justice. He understood how the technology he worked on could bring electricity to people who could not afford it. In his book, Incandescent electric lighting: A practical description of the Edison system, he wrote, “Like the light of the sun, it beautifies all things on which it shines, and is no less welcome in the palace than in the humblest home.” Latimer understood how society worked to disempower Black people and immigrants and made sure that his inventions improved the quality of life for all.

Latimer worked with three of the most celebrated scientific inventors in American history: Alexander Graham Bell, Hiram S. Maxim, and Thomas Alva Edison. And he should be equally celebrated. 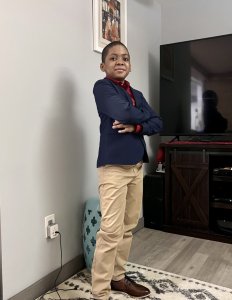 Multiplication, division, word problems, and the world of numbers fascinate Aiden. When Aiden is not playing flag football, he’s probably working on equations. Math is his favorite subject.

At AF Crown Heights Elementary, Aiden is the go-to problem solver. Whether it be a complex equation or projects for other classes, Aiden is always hungry to learn more. Aiden’s love of books, stories, and poems is almost as great as his love for multiplication tables. Science comes in at third (as his favorite subject) because he gets to work on fun projects that mix chemistry with Coca-Cola and Mentos. Aiden’s love of learning does not stop when the class bell rings: Aiden loves to use his laptop and other forms of technology to further develop his reading skills, find new books, and get ahead in math.

Like Latimer, Aiden is improving the quality of life in his community. Aiden leads by example: He is a hard worker who always shows his peers kindness. The lightbulb in Aiden’s head does not only go off, it illuminates each and every part of his community. His intelligence and love of learning are contagious.

For inspiring moments in Black History and American History, follow our social media this month!