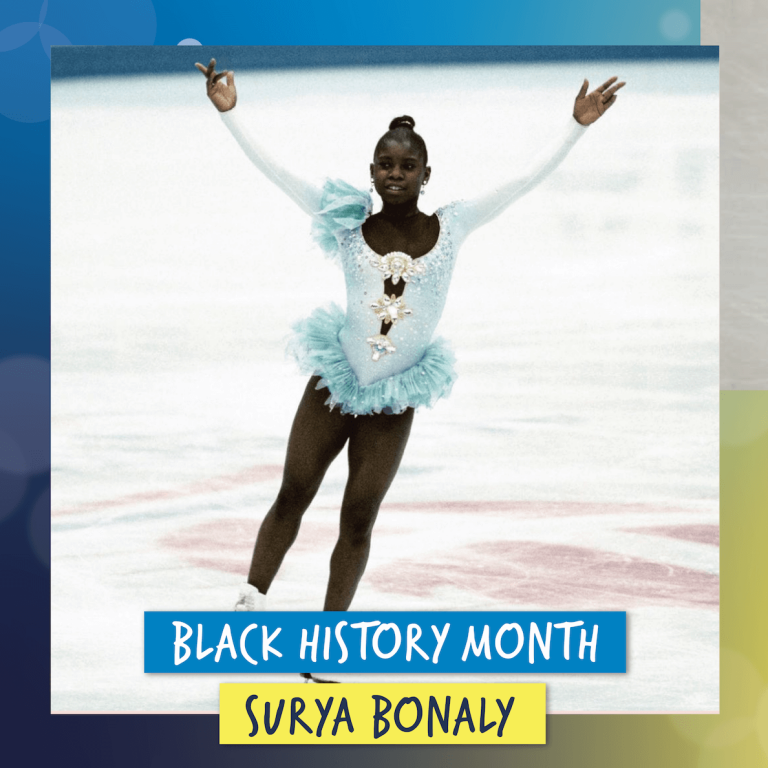 Surya Bonaly redefined a sport that wasn’t built for her.

When the French international figure skater stepped onto the ice in the 1990s, the skating field was overwhelmingly white. Judges prioritized what they saw as grace. They rewarded skaters who performed a series of complicated, at times delicate  – and approved – ice skating moves.

Enter Surya Bonaly. She was Black. And strong. She wore brightly colored and eye-catching costumes. And she didn’t play by the unspoken rules.

As the team at “On the Edge,” Radiolab’s 2016 Surya Bonaly podcast, recounted, “At the 1998 Olympics in Nagano, Japan, one athlete pulled a move that, so far as we know, no one else had ever done in all of human history.”

Bonaly remains the only figure skater ever to land a backflip on a single blade. She did it while facing racism and skepticism on the ice and in the press.

And she won. A lot. WBUR remembered Bonaly in a recent radio piece as, “a three-time World silver medalist in figure skating, a five-time European champion, the 1991 World Junior Champion and a nine-time French national champion.”

Still, so many of us feel she deserved – and should have had – the gold.  Her innovative style is forever etched in our collective memory. Surya Bonaly is what greatness looks like.

White and affluent students, historically, dominate the field of Speech & Debate. But Yazmin and her AF Brooklyn High School teammates – all of whom are Black and Latinx—are challenging that expectation. Like Bonaly, they are recurring champions. Their style is also unconventional.

The team has won trophies at many national competitions. Often, they are the only Black and Latinx team in the field. They are tackling tough social issues in Speech & Debate categories like declamation, original oratory and Yazmin’s favorite, public forum debate.

As TIME Magazine noted in its 2020 story on the team, “This is not the typical stuff of oratory meets, where even speeches about the most hot-button topics are studiously mild.”

Yazmin has delved into issues of foreign policy, domestic and international relations. She has also explored how they impact her as a Black woman.  Her speeches have covered racism in health care, domestic terrorism and white supremacy,  Black Lives Matter protests, and police brutality.

Judges might score based only who makes the stronger case or speech, but for Yazmin, the issues she’s bringing to light are equally important. She was motivated to join Speech & Debate to speak truth. It’s something she hopes to continue to explore one day as a criminal justice lawyer dedicated to ensuring the criminal justice system brings less harm to Black and Brown communities.

Yazmin looks toward her future career and sees a system that she can change. It won’t be the first time.