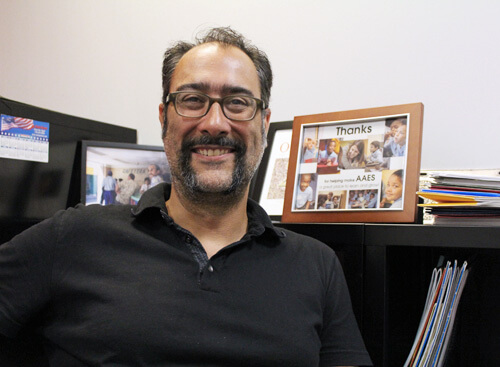 When he was a recent college graduate and management consultant, Max struggled to enjoy his work because he didn’t feel like it made a difference in the world. When he considered all of the meaningful fields he could pursue, education stuck out as the quickest path to social justice and the best way to combat a slew of vexing societal problems. He thought about his grandparents who emigrated from Eastern Europe to East New York, and who were able to succeed in this country because their traditional public school system and community helped those with low income and low educational attainment. Max knew he wanted to work in the kind of public schools that made a positive impact on his family.

Max left his career at an international strategy consulting firm to teach at a high-performing, urban charter school in Massachusetts. A graduate of the Building Excellent Schools Fellowship and of the KIPP School Leadership Program, Max joined Uncommon Schools as the founding head of school at Leadership Prep Bedford Stuyvesant, a college-prep elementary school. He later supervised all Brooklyn elementary instructional leaders at the Prep and Excellence networks of Uncommon Schools as the director of Brooklyn elementary instruction.

As a regional superintendent at Achievement First, Max oversees a portfolio of elementary schools and supports their leadership teams in producing dramatic academic gains. He finds his role to be incredibly and intellectually stimulating because he enjoys being asked for help on important issues and spending his days in AF schools. Max spends a lot of time helping schools establish plans to overcome challenges, and helping deans and principals hone their abilities in observation, feedback and practice.

Favorite Aspect of Working at AF: “I love our really strong sense of ‘Team & Family.’ Achievement First is different from other places I’ve worked in that way. I feel like my colleagues really care about who I am as a person, and they want to know me.”

Proudest Moment at AF: “I’m very proud that I was involved in preparing Stephanie Blake to open AF Endeavor Elementary; we found the right leader and supported her in opening a great school. I am also proud of the tremendous academic progress we’ve made at AF Bushwick Elementary, gains that made AF Bushwick the highest-scoring K-8 school in New York City on the Department of Education 2011-12 Progress Reports.”