Opposing the R.I. schools that are working 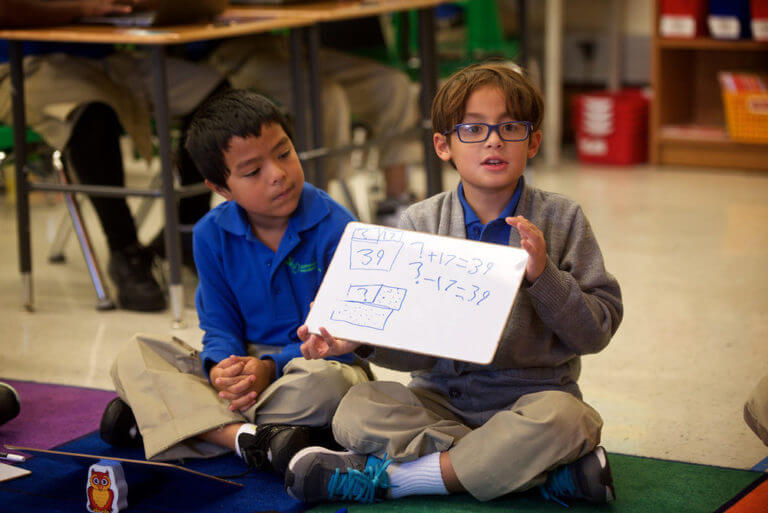 Belinda Philippe, of North Providence, is the former CEO of the Urban League of Rhode Island.

When I think about the arguments against Achievement First’s growth in Rhode Island, I think of our state’s highest-need students, what we believe about them, and what they need and deserve.

It appears to me as though we, as a society, are hesitant to believe that low-income and minority students are doing so well at public charter schools such as Achievement First Providence and Achievement First Iluminar mayoral academies. We think there must be some type of selection bias, some “creaming” of the best students in Rhode Island.

We think that there’s something unseemly about drawing attention to outstanding academic performance, about shouting from the rooftops that AF schools, where 84 percent of students receive free or reduced-priced lunches and 92 percent are African-American or Latino, are well outpacing their district counterparts and outperforming places like Barrington, East Greenwich and Jamestown in math.

And yet, when we hear negative statistics about these “poverty-stricken” communities, we are quick to believe. And we demand that low-income and minority students continue to attend schools that are failing them, schools we know more privileged children will never have to attend.

I remove myself from this “we.” So should you.

We cannot deny the success of Achievement First’s students because we worry about what that suggests about the underperformance of minority students across Rhode Island — that it exposes our systematic failure, not theirs. We should not oppose Achievement First because it works.

We cannot claim that its growth will take away funds from district public schools, because the dollars are tied to the students — not to any building or district — and why shouldn’t the resources go to the school that is educating the child?

We’ve seen so many efforts to revive Rhode Island’s economy. I oversee federal workforce programs at our community center, and we have young adults coming in with high school diplomas who are testing at a third or fourth grade level, and we can’t help them enter into the workforce. Our failure to educate our children continues to fail them even as adults. We have to make corrections at the root of the issue — and strong schools like Achievement First are doing that.

This article first appeared in The Providence Journal.