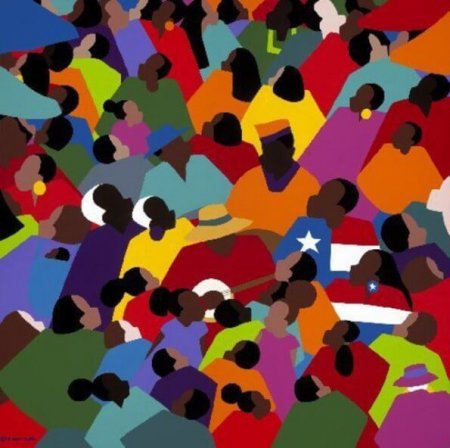 President Abraham Lincoln declared the Emancipation Proclamation on January 1, 1863, but the news did not reach Galveston, Texas until two-and-a-half years later on June 19, 1865. This marked the official day the last remaining slaves were freed.

Since then, Juneteenth has evolved into a day of Black celebration and achievement. Also known as Black Independence Day, Freedom Day, and Jubilee day, Juneteenth is celebrated with art, song (e.g., Lift Every Voice and Sing), dance, eating red foods, and so much more.

However, after a century of declared freedom, Black people in America were still fighting for the rights that came with the ascension from second-class citizenship. In 1963, civil rights activist, Martin Luther King, Jr. was jailed in Birmingham for participating in nonviolent protests against segregation. From his jail cell, he penned a longhand letter addressing criticisms and defending the Birmingham campaign consisting of marches and sit-ins. The Letter from a Birmingham Jail would become one of the most important texts for the Civil Rights Movement.

It’s been 155 years since the last enslaved people were freed, 57 years since Martin Luther King, Jr. penned his famous Letter from a Birmingham Jail, 56 years since the legal end of segregation, and 7 days—just one week—since police murdered 27-year-old Rayshard Brooks. His death is the latest in a spate of unjust deaths of Black people at the hands of police and vigilantes. These tragedies are emblematic of a much larger issue: the system of white supremacy.

So what does it mean to celebrate Juneteenth if Black people are still fighting for freedom? A look at King’s 1963 letter sheds light on the continued journey of Black liberation.

Similar to Juneteenth, when the last remaining enslaved people found out they had in fact been freed two-and-a-half years prior, today, too many Black people are still marginalized, abused, and denied the basic human rights guaranteed by law.

Slavery may have ended over one century ago, but the legacy of racism is not only still present, but it’s also pervasive—touching nearly every part of the Black experience. Slavery has left an indelible mark on the nation’s history.

“Injustice anywhere is a threat to justice everywhere. We are caught in an inescapable network of mutuality, tied in a single garment of destiny. Whatever affects one directly, affects all indirectly.”

George Floyd’s death sparked protests around the world and a fervent examination of race relations in all its forms. People all over the world have mobilized, marched, and demanded justice in ways that are reminiscent of the Civil Rights Movement. Their anger is raw, palpable, and growing. George Floyd’s death was a deafening call to action. For many, watching the video of Floyd’s death is something that changed them. Black people grapple with the reality that, at any moment, their vantage point can change from being an observer to being a victim of unjust treatment.

This unabashed pursuit of justice and liberation reminds us that there is no liberation for all without the liberation of Black people—the two are inextricably tied.

“If the cruelties of slavery could not stop us, the opposition we now face will surely fail. Because the goal of America is freedom, abused and scorned tho’ we may be, our destiny is tied up with America’s destiny.”

As we celebrate this historic day while grappling with the reality of the state of Black America today, we take stock of just how far we have to go. The resounding cry, “Black lives matter,” will continue to fill streets from Minneapolis to Paris to Johannesburg.

Despite witnessing the ongoing injustices rooted in slavery—from institutional racism to police brutality—there is hope that this collective anger and anguish will be a catalyst for the racial reckoning that will bring about lasting change. And if the saying “history repeats itself” is true, we can only hope that this applies to the victories, too.