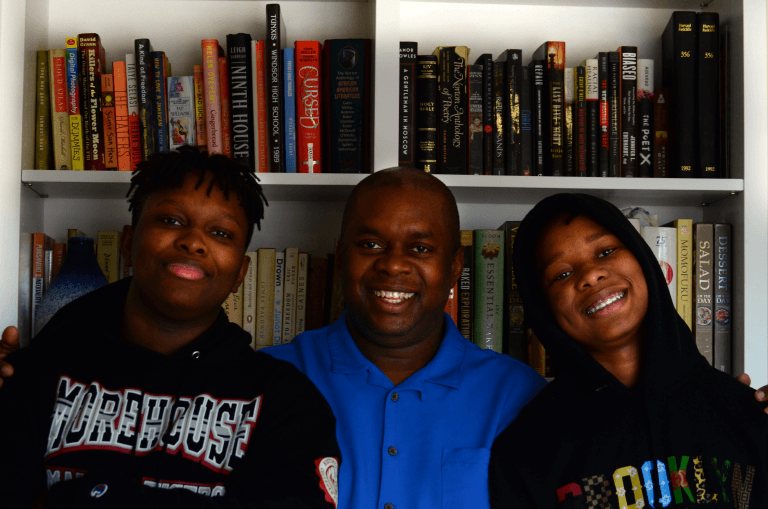 In July, Achievement First will undergo an exciting leadership transition, with Dacia Toll serving as our sole CEO, supported by a president and superintendent. We’re thrilled to introduce Richard R. Buery, Jr. as our new president, who will lead AF Network Support!

Rich comes to us from the KIPP Foundation, where he works as the national Chief of Policy and Public Affairs, overseeing their external-facing work (government affairs, policy, and strategic communications), improving KIPP’s support of its 33,000 alumni, and leading their collaboration efforts with districts and charter schools across the country. Rich’s impressive resume also includes five years as the CEO of the Children’s Aid Society, one of NYC’s largest and most respected social service agencies. At Children’s Aid, Rich is credited with developing an ambitious new vision, implementing strong performance management, and launching several innovative new programs, including a South Bronx charter school. Rich later served as NYC Deputy Mayor for Strategic Policy Initiatives, where he led signature mayoral initiatives, including Pre-K for All. In less than 18 months, his team created opportunities for more than 50,000 additional NYC 4-year olds to attend full-day pre-K. He also oversaw the launch of the city’s universal after school program for middle schoolers and 200 new community schools partnerships, managed the city’s mental health reform initiative, founded the Mayor’s Office of Minority and Women-owned Business Enterprises and the Department of Veterans Services, and managed several other city agencies and offices.

In addition, Rich founded iMentor, a national nonprofit that pairs high school students with a mentor to help them navigate to and through college. Rich’s commitment to our communities runs deep; he grew up a few blocks from AF East New York Elementary. Sixteen years ago, he was the founding board chair of AF East New York and put his community credibility on the line to help pave the way for AF’s entry into Brooklyn. In his role as president, Rich will lead the AF Network Support team to ensure strong service for our schools in terms of talent, finance, facilities, IT, data, external relations, legal, marketing/communications, fundraising, and operations.

A Word from Rich
Achievement First is one of the most impactful organizations in America, and its work is centered on three communities I care about. I have tons of family in Connecticut (my wife grew up there) and close friends in Providence and Rhode Island government, so I feel connected to both places. But Brooklyn is where I am from and, even though I live across the river in Manhattan right now, Brooklyn is where my heart is.

The opportunity to work with people who are doing such an excellent job supporting the children and families of Brooklyn is an honor and a blessing. And I am grateful to be doing it at a time when this work matters as much as it ever has, as the public health and political crises this country is facing are making plain the deep racism and inequity that live in our nation’s heart. I think AF and organizations like it are at the forefront of change.

And AF is like coming home for me. I was around when AF first expanded to Brooklyn. Dacia invited me to serve as a founding board member (including founding chair of AF East New York). I went to community meetings and introduced Dacia, Doug, and their colleagues to community leaders. I am in awe of what AF has built in the 15 years since. I am very much looking forward to learning and serving here and having fewer excuses not to stop by and see my parents who still live in East New York (when such visits are allowed, that is).

Outside of work, I love to read—mostly science fiction and young adult fiction. I love going to the movies (I am going through serious withdrawal), crying over the Mets, and I really, truly love karaoke. Expect plenty of AF karaoke parties, since I am always looking for an excuse (My go-to is Juicy by The Notorious B.I.G.) And finally, my favorite pastime is spending time with family—cooking, eating, playing games, watching television, and losing to my sons at chess.