I am the Kind of Student Who Goes to Charter Schools 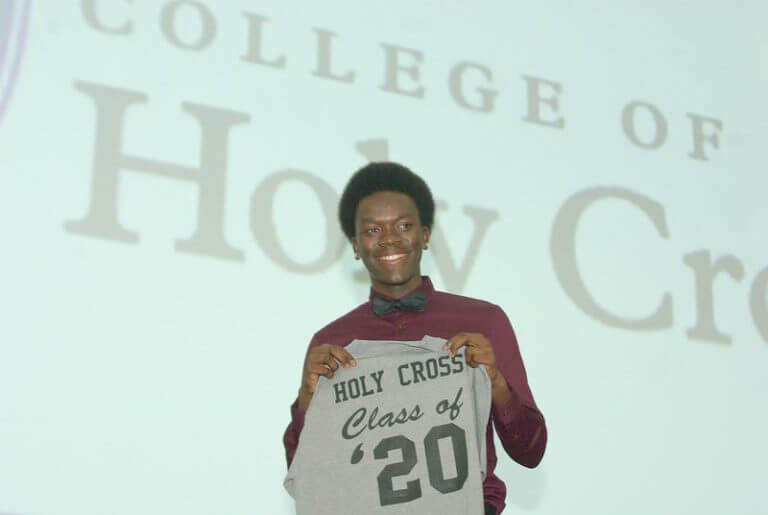 Some people claim that charter schools only pick that best and the brightest students. Then, what does that mean for me?

Back in 2007, I got into Amistad Academy Middle School through the lottery. My mother had been applying year after year looking to give me a chance to gain the support needed to compete academically, and I had finally obtained it.

I was not a straight-A student at first. I wasn’t even an honors students. My first two years at Amistad were not easy to get through, for I had a lot of catching up to do to ensure I did not fall behind.

I was one of the stragglers, trying to be on the same level as those academically stronger than me. I was not one of the best. I’m a New Haven native. My mom has had some college experience. Society already assumed I may make it past high school but no further. I believed differently because I had the drive to work until I succeed and a community to back me up.

At Amistad, I got better. Amistad required everyone to work hard until the end. When you did not fully understand, the teacher would push you to ask questions because there was no such thing as a stupid question. Teachers met with me one on one during independent practice. They had no problem meeting with me during lunch. They ensured I had what I needed to succeed.

Amistad had long days to offer more instructional time in class. This ensured the teacher could explain the lesson thoroughly and offer assistance for students in a fifty minute class. It was always about improving.

That 7:30–5 o’clock day was not spent sitting around. The teachers there had us put in work. They pushed students to their full potential and beyond.

Being African American, low-income and struggling academically placed me at a disadvantage in an already systematically racist society. Prior to becoming an AF student, I would wake up, go to school, listen to the teacher, and go back home to complete mindless assignments that didn’t strengthen my academic skills. It was all busy work. Amistad was that golden opportunity that gave students like me a chance to get the education and support we need to compete with kids from schools with abundant wealth and resources.

When I became a student at Achievement First Amistad High School, the teachers amped up the support to another level. They helped me through the college process without burdening my family too much financially. I took A.P. courses. I took a course in college readiness every year of my four year of high schools. I attended office hours, college visits, and summer programs from countless organizations and colleges to participate in and counselors to help organize the college process. There was no end to the effort teachers put forward to make sure their students got the chance they deserved to compete.

Through that lottery system back in 2007, I realized how behind I was in my academics. By my freshmen year in high school, I earned numerous academic honors awards for being on the dean’s list and maintaining above a 3.0 average. This was only possible because my school believed in me, supported me and challenged me.

I am now a freshman attending College of the Holy Cross, taking the steps necessary to stay competitive and prepare for the work world. That is thanks, in part, to the help of a charter school system. Achievement First wasn’t looking for “top students” when I was picked in the lottery. They only looked for a kid who was out of luck and looking for a chance to make it. I am seizing that chance.

Shykwon is a member of the AF Amistad High Class of 2016. His post originally appeared on Medium.