Committing to a Better Future for our Students 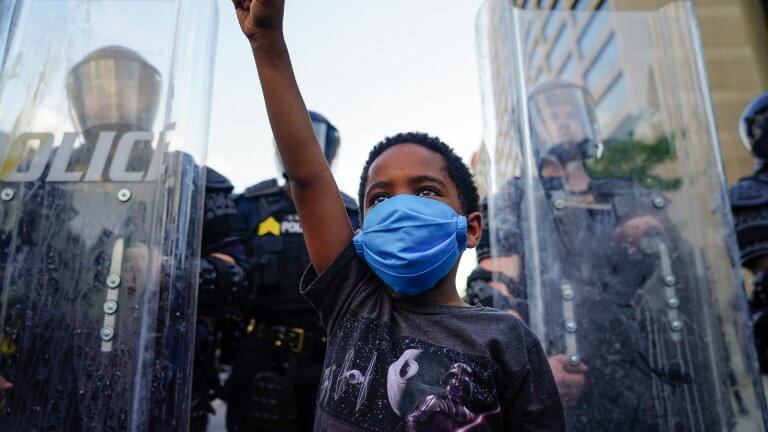 This is a message from CEO Dacia Toll, President Richard Buery, and Superintendent Stephanie Keenoy.

We speak your names—George Floyd, Breonna Taylor, Ahmaud Arbery, Eric Garner, Sandra Bland, Philando Castile, Trayvon Martin, Aiyana Stanley-Jones, Michael Brown, James Chaney, Medgar Evers, Emmett Till—and the countless other Black people who have been murdered by white supremacy. We stand with those around the country who are protesting to demand an end to police brutality and other forms of systemic racism.

Achievement First exists to address the legacy of racism in public education in this country. But our commitment to be anti-racist and our love for our 14,000 students—most of whom are Black and Latinx—goes beyond the pursuit of educational equity. We are called to defend their bodies, lives, voices, and spirits. We are outraged for our communities, for our students, and for all of our staff of color who show up every day to pursue our shared mission. We are deeply angered that in 2020, affirming that Black Lives Matter may be seen as a controversial statement. We know we live in a country that has violated that basic truth over and over since its very inception.

As we think about our students, we don’t just demand an end to police brutality, but rather insist that the police provide the respect and safety that is their sacred duty. Our students deserve safe travel to and from our school buildings without being subject to racist profiling. Our students deserve officers who protect their freedom of speech and their basic humanity. They deserve to grow up without fear that they will be terrorized by the officers sworn to protect them. They deserve the equal protection of the laws guaranteed by the Constitution.

We know that commitment requires more than words; it requires action. And we are committing to act both internally and externally. In terms of the advocacy work we are called to do, we will unite with other social justice organizations to advocate for much-needed changes to policing in our communities and our countries. We will ask our community how they want AF to show up in this moment—and we will follow the lead of our students, families, and staff. We will also pursue specific policy actions to end police brutality, including Campaign Zero and #8cantwait.

And, we are also looking within. All of us have a role to play in dismantling racism within our own institutions. We acknowledge our own failures in being anti-racist and recognize that there is much we need to do within AF to uphold the vital commitments we have made to our AF school community. We have formed an internal team to help us identify the biggest priorities and commit to sharing more soon.

This is only the beginning. Together with our students, families, and staff, we will help forge a more just future. It was a 17-year-old Black girl who took the video of George Floyd’s murder. No child should have to endure such trauma. Yet it is powerful to see this young woman—and so many young people—use their courage and their voices to speak out so powerfully. And the world is listening. This, more than anything, gives us hope for the future.