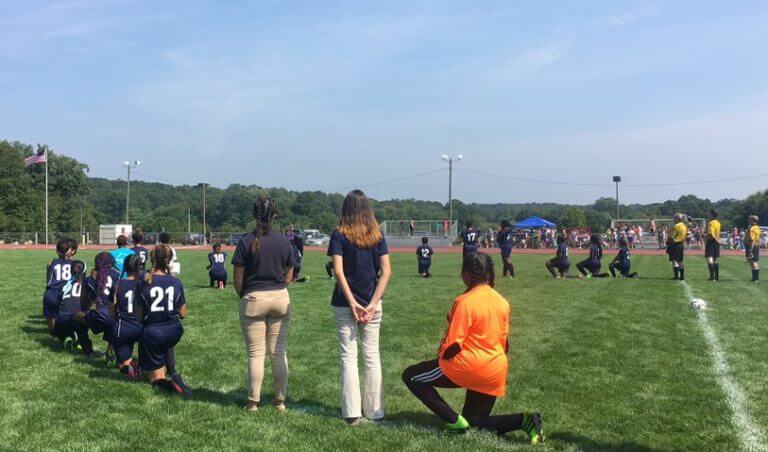 We’re committed to helping our students find their passions and develop their voices as leaders in our communities. Their voices are so important, especially as we are frequently confronted with injustice in our society. Isis is a member of the AF Amistad High Class of 2017. She cares deeply about social justice, and her activism has taken many forms. Earlier this month, she began leading her varsity girls’ soccer teammates in kneeling during the National Anthem. We sat down with her to hear her story.

You’re a proud intersectional feminist. What does that term mean to you? When did you start identifying this way?

I learned about feminism during my eighth grade year when we were studying U.S. History. I thought to myself, “Oh, I’m a feminist.” Then, during my freshman year, I did a research project on feminism and economics, examining how for every dollar a man earns, a woman earns 78 cents. I didn’t fully understand how that was experienced differently by different types of women. Sophomore year I started identifying as an intersectional feminist. Now, I own it. It’s how I describe myself. Intersectional feminism is about acknowledging how different aspects of your identity impact how you experience sexism or oppression in general. I got deeper into exploring it and how it plays out in media. Thinking about it exposed me to my own privileges and to how other people experience things differently. Feminism shouldn’t just be narrow – women might earn 78 cents for every man’s dollar but we have to also know that Native American women make less than that, that Hispanic women make less than that.

Not only are you the senior class president, you’re also a three sport athlete at the start of your senior soccer season. Why do you and your teammates kneel during the national anthem?

Colin Kaepernick did it, but a lot of other athletes way before him have always used their fame to attract attention to difficult problems in America. People like Muhammad Ali, the Olympians at the 1968 Olympics, and Jackie Robinson – in Jackie Robinson’s autobiography, he wrote that he can’t pledge allegiance or stand for the National Anthem because of Civil Rights injustices.

I’ve known about the oppression of people of color and other minorities, especially when it comes to race and sexuality. The type of protest Colin Kaepernick used affected so many people – and it was interesting for me to see how some people tore him apart but just recently celebrated the life of Muhammad Ali.

The first time we knelt, our team was playing an away game and we thought we could help spread awareness about what’s going on in America. Before, I would just stand and put my hand on my chest without really thinking about it. Now, I think about how the song was written by someone who owned slaves, and wrote about slaves in the third verse. The song was written in 1814, and those things were accepted then, but we’re still doing it today.

I knew I would kneel when they played the anthem, but the first time they played it my teammates and I knelt without even talking about it first. It was great to know that other people wanted to do this. Most people knelt, but some didn’t, and everyone understands. The 49ers coach said it helps create important conversation in the locker room, and I agree. 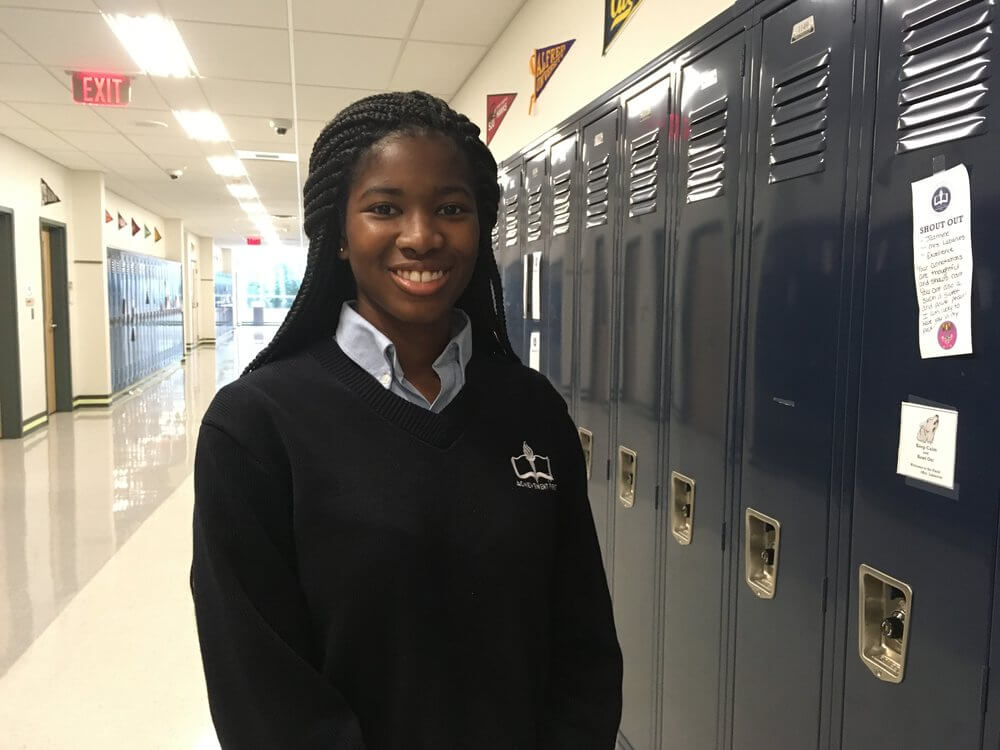 You also led the walkout at AF Amistad High last year. Why was it important for you?

In a way, it connects to intersectional feminism. I believe representation is extremely important. Staff doesn’t need to be an exact reflection of the student body, but it should reflect it – that helps with closing the achievement gap and enhances self-awareness and social awareness.

One thing AF Amistad High does well is it makes leaders. The walkout wasn’t my idea – it came from some students who came to me because they wanted more teachers of color to teach us, and to stay with us once they’re here. The walkout wasn’t only done to get change to happen, it was done because we wanted to bring awareness. People might not think they care about these issues, but when they know more, they realize they care a lot. I want to bring awareness to things that aren’t right and then get them to change. There is more diversity on our teaching staff this year and it is a good first step.

You are graduating at the end of this school year. What is next for you? What are your hopes and plans?

I definitely plan to be active in the cultural center on campus at whatever college I attend. I want to learn more. I want to major in something that will help me make change, or make me more aware of the outlets I can use to make change. I want to learn about different people and the ways people have made change throughout history.