A Student’s Story: Get Out the Vote 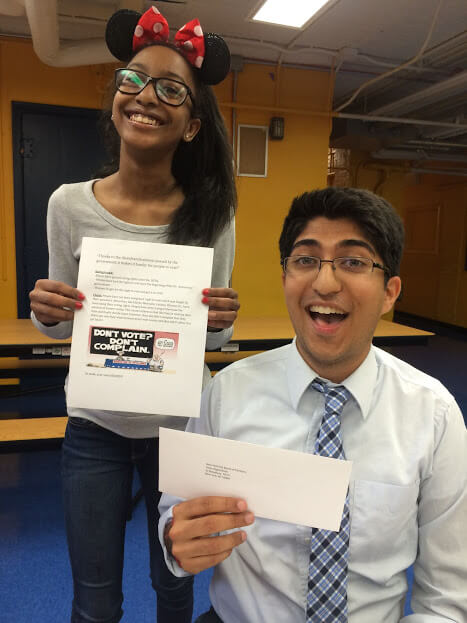 Earlier this year in my history class, we learned about voter disenfranchisement. Dating back to Reconstruction, it took the form of poll taxes and literacy tests, and later it became the threat of violence from the KKK. These factors and more prevented black people from carrying out their right to vote, and sadly, even today, many Americans are disenfranchised.

This disproportionately affects people in low-income and minority communities. For example, polling lines in low-income and minority neighborhoods are often very long since there are fewer voting machines, compared with those available in more affluent areas. When faced with long lines, voters may feel like they’re wasting their time and worry about getting to work or family obligations, so they may not want to even bother trying to vote.

Also, there are 34 states that require some form of ID to vote, and nine of them require a government-issued photo ID, such as a driver’s license or a passport. Minorities and low-income people are less likely to have these forms of identification because they are less likely to own a car or travel out of the country. In fact, 25% of black people in this country don’t have these required forms of identification, so they’re turned away if they try to vote.

This didn’t seem right or fair to me and my classmates. To address this inequality, the eighth graders in my school volunteered to lead a voter registration drive during report card night. We wanted to talk to parents to make sure they were registered and planned to vote. In order to prepare for this, we worked in small groups to create a flyer and write a script to use while we were speaking with parents.

When the day of our drive came, members of my group weren’t as excited as some other groups. They were very hesitant and thought it could be boring, or worse—that it wouldn’t make a difference. However, when we got to the cafeteria after school and started handing out fliers and signing people up to vote, we saw how fun it was to take the lead and address an issue we’d learned about. Parents were willing to work with us and take a little bit of their time to support our voter registration drive. I decided I wanted to help even more and called a few of my relatives that I knew were old enough to vote, and either checked their polling location or registered them. 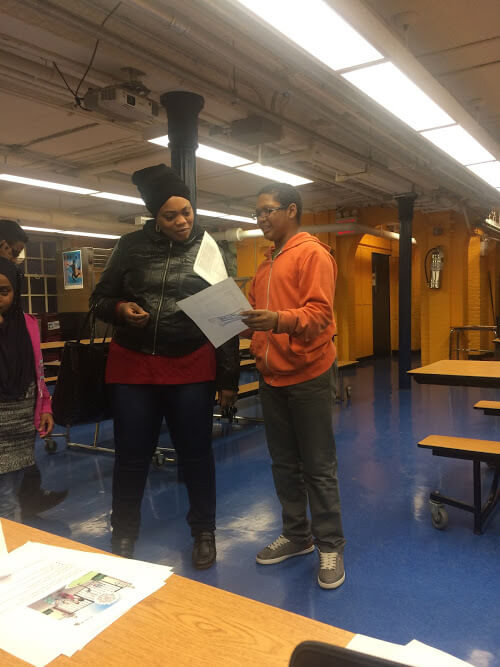 In the end, we realized we didn’t need to worry about having fun. It was cool to speak with new people and challenge ourselves to see how many parents (and even teachers) we could get to vote or register to vote. We spoke to 300 parents and got over 25 new people to register! Overall, this was a rewarding experience: my classmates and I enjoyed it very much and found out that this small effort actually helped make a big difference.