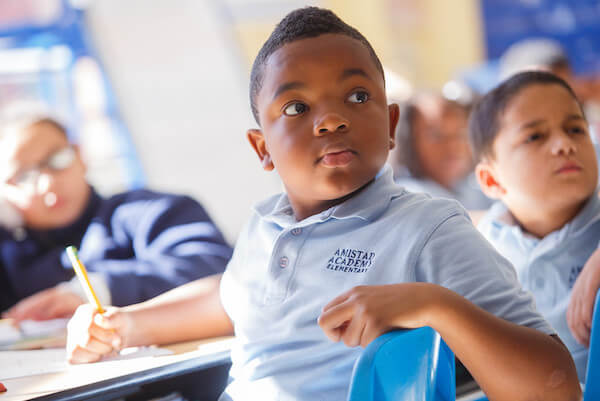 We can look at the 20th anniversary of the creation of Connecticut’s public charter schools in at least two ways:

There are a plethora of success stories on point No. 1, starting with very recent good news about Achievement First Amistad Academy in New Haven. The Achievement First school was recently ranked third in Connecticut and 105th in the nation by U.S. News & World Report.

At Amistad, where 98 percent of the students are of color, students score in the 97th percentile on math proficiency and in the 86th percentile on English proficiency, disproving the prevailing narratives that are often associated with schools with high-needs populations. More than 85 percent of students in Connecticut’s public charter schools are African American or Hispanic, more than 70 percent reported as low income, 9 percent qualify for special education and 5 percent are English Language Learners.

In fact, many charter schools fall within the top-performing public schools overall in their host districts: Achievement First Bridgeport is the highest-performing charter school in Bridgeport and the second highest-performing public school in the city overall based on the 2015 Smarter Balanced Assessment Consortium tests (SBAC). And a number of charter high schools report college acceptance rates between 90 percent and 100 percent.

So, as we celebrate 20 years of public charter schools in Connecticut, there is little doubt that they have provided thousands of students with better educational opportunities and set them on a path for future success, whether they are established schools such as Achievement First Amistad Academy, or relatively new schools such as Booker T. Washington Academy. However, if Connecticut is to continue to prepare our students for the challenges of the 21st century, it must expand high-quality school options for more students who deserve the best education we can provide for them—regardless or where they live, what color they are, or their family’s level of income.

This post was originally published on the ConnCAN Blog. Learn more about ConnCAN here.