Emile Session lives in Brooklyn and works for Achievement First’s operations team. He has worked as a math teacher, education researcher, and classroom observer, and is a graduate of Cornell University and Columbia University.

Students, like adults, value work that’s challenging and that lets them express their creativity. This is clearest to me when I’m working with the Achievement First University Prep High School Robotics Club.

Different students in the club build different robots: I have students who are building motorized scooters, students who are building racing robots, and students who are trying to build a dog robot that follows noises. Not all of their projects work out the way they planned, and that’s a bonus because it allows students  to creatively solve a problem or  set a new goal, rather than stopping because they feel like they’re ‘wrong’. As someone who spends a lot of my day job with Achievement First doing the same kind of ‘fail forward’ problem solving to move toward goals for schools, helping high schoolers work through similar kinds of thinking helps me reset and stay engaged with the challenges in my own work.

My proudest accomplishment with the club was taking them to the FIRST Tech Challenge robotics competition in February. For the first time, not only was the team able to build a robot that passed inspection and worked consistently at the competition—they were also able to do so with a custom design. One student’s mother shared with me afterwards that being able to compete with something he built was helping him stay focused on STEM work in class.  For me personally, the best part was seeing how the team came together to lead themselves and be competitive at the FIRST Tech Challenge. They showed me that I was helping them grow into self-motivated adults, rather than students who only worked at something because they were asked to.

I’m grateful to the school for the opportunity to lead the students and to the Tiger Woods Foundation for their partnership providing all the materials for the club. I grew up attending both underserved public schools and well-resourced private schools, so I appreciate what a big difference having access hands-on STEM work like robotics makes to helping students think about problem-solving and design thinking. It’s a different set of skills than we normally think of as required in an academically rigorous high school; it’s the ability to proactively take advantage of the resources in front of you, and that’s a crucial ability for our students to develop as we support their success in our schools, in college and beyond. 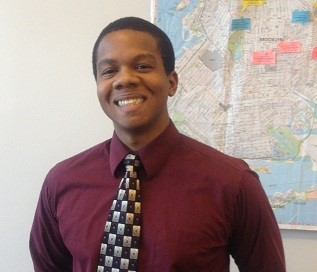